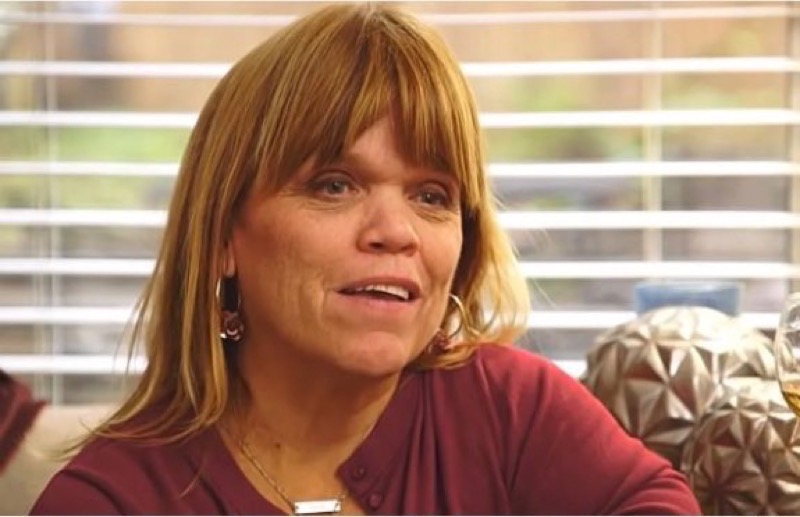 Little People Big World (LPBW) revealed a scene that brought surprisingly few angry comments about, Amy Roloff. In the footage, Jackson and Lilah were there, alongside Amy Roloff, Tori, Zach, and Chris Marek. Perhaps Team Amy gave the grandma a break. Or, perhaps the fact that she’s not fighting with Matt so bitterly that fans let her off a torrent of trolling. It’s a good bet that if Tori had done what she did, then there would have been entire snark pages dedicated to slamming the young mom. So, what happened? Read on to find out.

When TLC fans first met Chris Marek, a lot of people felt suspicious of him. Even last season, comments on social media included fans talking about how he gives folks a weird feeling. However, those comments fall away now as they see that he and Amy seem well-matched as a married couple. After he started something of a bromance with Matt, fans started to learn that he seems thoughtful, compassionate, and caring. In fact, folks loved that he got Jackson a bike small enough for the little boy to ride.

Little People Big World fans loved the teaser that revealed Jackson learning to pedal along on his new bike. Of course, almost any scene with Jackson and Lilah is well-received by fans. Actually, the only problem most people have with Jackson, is that he seems to struggle with his bowed legs. Some folks fear that Tori and Zach are not taking it seriously enough. In fact, some people think that serious surgery lies ahead to try and fix Jackson’s skeletal problems. But he managed to master the bike quickly. And that’s where Amy did something potentially reckless.

When Jackson Roloff received his bike from Chris Marek, Zach made a bit of a scene about how Jackson should wear his helmet. And, most fans agreed that’s a good thing. However, when Amy decided to hop on the little bike and ride it, she didn’t wear a helmet. And not a word emerged on Instagram about safety.

Little People Big World fans had the perfect opportunity to slam Amy Roloff: If not for her own safety, but as an example to Jackson. Whilst adults needn’t wear helmets while cycling in most states, there could be complications with insurance in case of an accident. Perhaps folks think that suggesting Amy should have worn a helmet is unnecessary snarking and nitpicking. However, helicopter keyboard warriors who constantly slam Tori for bad parenting might get an idea of how annoying trolling is on social media.

Should Amy Roloff Have Worn A Helmet?

What do you think about Little People Big World star Amy riding the bike in front of Jackson without a helmet? After all, Zach was careful to tell his son to wear one. Is it reckless to tell a child about safety and then disregard it for the adults? Is the fact that fans didn’t slam Amy for it an example of selective trolling when it comes to Tori? Let us know what you think in the comments below,

The Young And The Restless (Y&R) Spoilers: Amanda And Chance Reach Crossroads – Devon And Abby Together?