Days of Our Lives (DOOL) spoilers and updates tease that Alex Kiriakis (Robert Scott Wilson) will be busted, and Sloan Petersen (Jessica Serfaty) will tear into him. Alex was someone Sloan thought she could trust and realizes he betrayed her by breaking into her file cabinet when she was cuffed and blindfolded.

Days Of Our Lives Spoilers – Outconned By A Con?

Sloan realizes that Alex broke into her file cabinet on Halloween night when he promised her a kinky night of cop and robber bedroom antics. He had made an excuse to leave her apartment after they were interrupted by trick-or-treaters and nearly forgot to uncuff her. She was cuffed to the headboard of her, and after she got up, she looked for her file on the Paulina Price (Jackée Harry) case and it was gone.

Sloan realizes that Alex hoodwinked her and he was the only one who could have taken that file. He’s blown her whole blackmail scheme-or so he thinks- but he needs to be taught a lesson, and she’s going to be the teacher.

Days Of Our Lives Updates – A Lesson He’ll Never Forget

Sloan intends to teach Alex a lesson he’ll never forget when she tears into him for stealing her file; she prepares a breaking and entering complaint. She knows Holly Jonas (Elin Alexander) saw her cuffed and blindfolded so she’s going to turn Alex in to the police and call Holly as her witness. She intends to make it look like Alex was impersonating a police officer-even though it was only a Halloween costume as well, to break into her files. Of course, she won’t divulge exactly which file he stole or what it contained, citing client-attorney privilege, but it should look really bad that he handcuffed and blindfolded her. She doesn’t count on Maggie Kiriakis (Suzanne Rogers) knowing she was cuffed and blindfolded for entirely another reason and Alex was there by invitation. 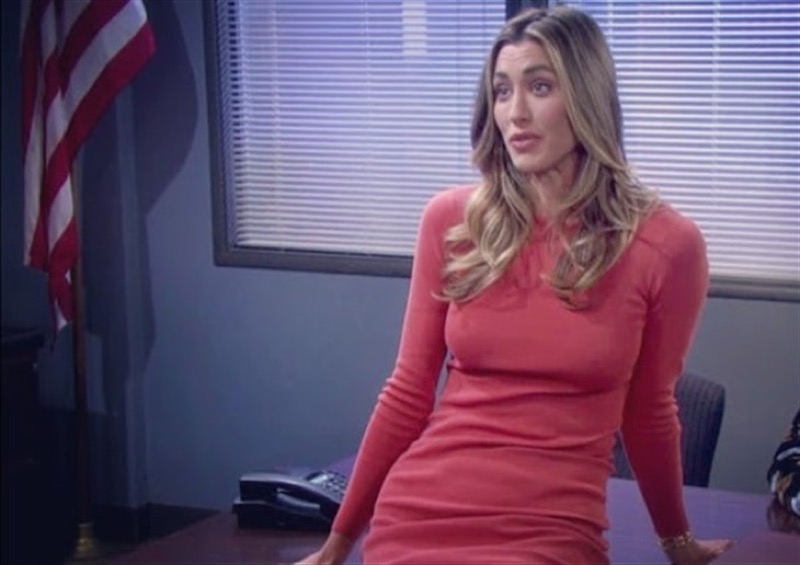 Sloan tears into Alex and tells him he’ll soon be behind bars for breaking into her apartment, cuffing her to the bed, blindfolding her, and breaking into her files. She is an attorney and he violated client-attorney privilege by looking into things to which he wasn’t privy, and Alex laughs in her face. Alex tells Sloan her story will never fly, and she can’t call a child as a witness in court, the only cases a child’s testimony counts in are crimes against children.

Shouldn’t she be the one facing charges for blackmail, using a client’s privileged information as her basis? Surely the Salem PD will assume she and the client are working together, so they’ll both be charged with extortion, and Sloan realizes she’ll have to do something even worse.