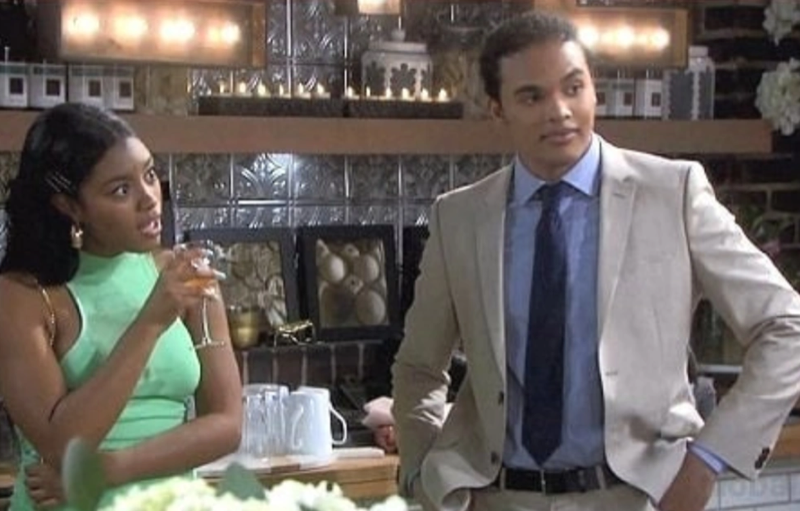 Days of Our Lives (DOOL) spoilers and rumors tease that there may be someone who can exonerate Chanel Dupree (Raven Bowens) after all. She’s arrested for murder stemming from an incident she describes as a stupid college mistake, but there is one person who may be able to help – Theo Carver (Cameron Johnson).

Days Of Our Lives Spoilers – They Dated In College

Chanel and Theo dated in college, but from what Theo said the last time he came to Salem she’d been rather obsessed with him, and he avoided her. However, now things have changed since they are actually step-siblings, with his father married to her mother, although Paulina Price (Jackée Harry) hasn’t brought Abe Carver (James Reynolds) in the loop. Paulina has tried to handle the blackmail by Sloan Petersen (Jessica Serfaty) largely on her own, with Chad DiMera (Billy Flynn) and Stephanie Johnson (Abigail Klein) helping.

Paulina has been hesitant to tell Abe what’s been going on, and Chanel hasn’t wanted to talk about it to him either. If they had, he probably could have solved the problem before it went this far; and contacted Theo to see if he knew about the incident or saw it.

Days Of Our Lives Updates – Theo Carver May Have Been There

Theo and Chanel dated prior to 2021 when they were in college together and he may be just the person to save her from prosecution. There is likely much more to the story than what Sloan and her client are trumping up since they want the blackmail money from Paulina. This whole circus sounds way too much like a muckraking stunt by a political opponent, albeit on steroids; mostly they just take out expensive ads discrediting their opponents. This one appears to not only want a lot of money-perhaps to run their own campaign-but to run Paulina and Chanel into the ground. Since Theo and Chanel dated in college, chances are he either knows something, heard something, or possibly saw it and can attest to what really happened, in court if necessary. 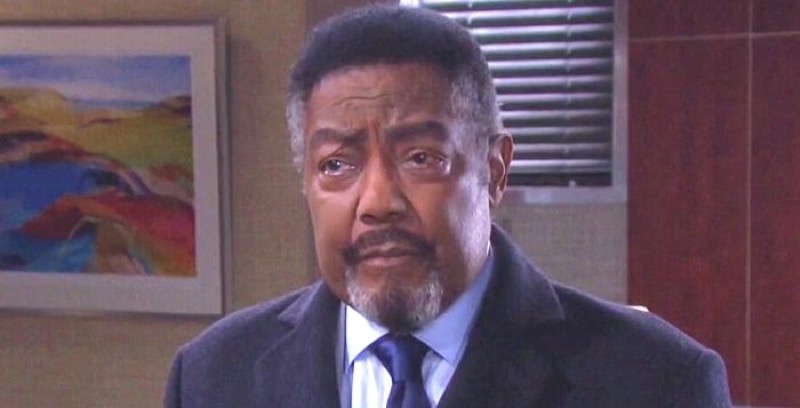 Woman, Why Didn’t You Say So?

Abe won’t be able to help to find out the trouble his wife and stepdaughter are in by the time someone sprays and paints “Murderer” all over the windows of “Sweet Bits”. Paulina and probably Chanel also will need to do some ‘splainin’ to Abe as to what prompted this horrible graffiti, considering Halloween is over now, some pranksters doing things like that. Allie Horton (Lindsay Arnold) will also want answers from her partner, but Paulina won’t tell Abe about what happened until Chanel’s been arrested.

Days Of Our Lives (DOOL) Spoilers: Gabi Demands Answers From Johnny And Wendy

It may be Abe or it could be Allie who suggests that someone contacts Theo, since they both know Theo and Chanel dated in college. Theo may be called on to save his now stepsister by telling him what he remembers in order to clear her name.

The Young And The Restless (Y&R) Spoilers: Is There Hope For Nate And Elena?