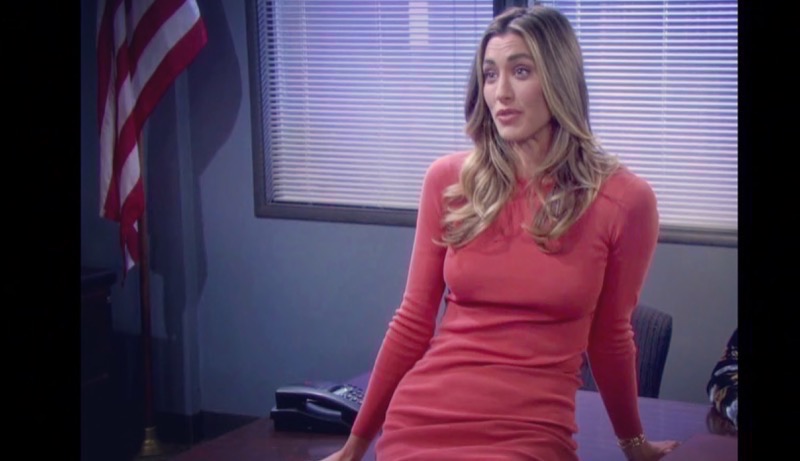 Days of Our Lives (DOOL) spoilers reveal that Paulina Price (Jackee Harry) might have to pay to protect both her future and Chanel Dupree’s (Raven Bowens). It is teased that Sloan Petersen (Jessica Serfaty) could blackmail Paulina. If Paulina wants to protect her campaign as well as Chanel, then she might have to shell out some big bucks to Sloan.

DOOL spoilers reveal that Paulina had encouraged Abe Carver (James Reynolds) to run for governor. However, when Stephanie Johnson (Abigail Klein) did her homework, she thought Paulina would have a better chance of winning. So, now Paulina is getting her campaign started. The only problem is that the campaign could be derailed by Chanel’s secret coming out.

In the fall promo for Peacock, Chanel goes up to her bakery and someone has vandalized it. Chanel looks at the windows, which have “murderer” painted on them in an ominous red hue.

Chanel seems to know exactly what the message means, though., Chanel isn’t angry or even confused. Chanel has done something and it’s going to come out right as Paulina is trying to get everyone’s votes for governor. 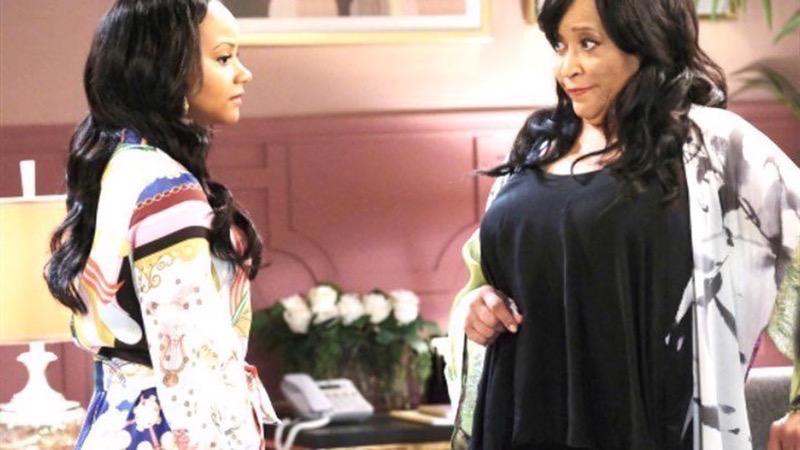 So, it seems that Sloan will do anything for money or to win a court case. It has already been teased that Paulina has a lot of scandals and secrets from her past. A few of those have already come out, but there could still be more bombshells. With Chanel’s bakery getting vandalized and Paulina running for office, it sounds like there is another huge secret.

If Sloan happens to find out about Chanel’s murderous secret, then it could put the young bakery owner’s entire future at risk. Of course, Sloan will go to Paulina, who is loaded with cash. Paulina will do anything to protect her daughter. So, it is likely that Paulina will pay Sloan to keep quiet.

The only problem with this is that blackmailers rarely stop with one payout. So, Paulina could be forced to pay even more down the line. Of course, secrets always come out eventually. Will Paulina and Chanel come out and confess or will Sloan hold them over a barrel? We will have to keep watching the soap on Peacock to find out.