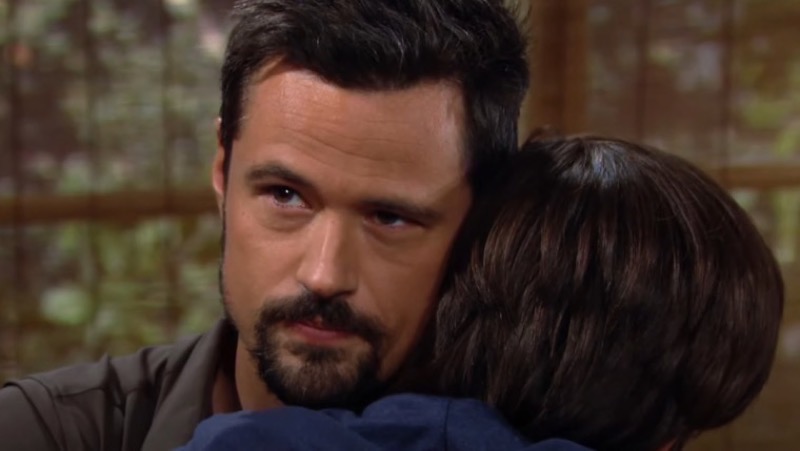 But the audience knows Thomas’ history of dirty tricks. He previously used a ghost machine to scare the daytime daylights out of Douglas Forrester (as then played by Henry Joseph Samiri). So, it is not a stretch to think that Thomas used the voice-altering app on Douglas’ (now played by Django Ferri) smartphone to frame Brooke.

It all seems too easy. Thomas and Ridge were at the mansion with Douglas when two government agents arrived at the door.

Calling an agency like the one they worked for should be a last resort and appeared to represent one that Brooke would take. She recently told Ridge child services was the agency she was considering helping protect Douglas from his father.

The agents arrived following Brooke’s overreaction to his peeling an apple in front of Douglas with a pocketknife. That sequence seemed to make Brooke the likely suspect, with the voice recording appearing to be proof of Brooke’s guilt.

Thomas knows that his father has vacillated between Brooke and Taylor Hayes (Krista Allen) since his mother returned from her missionary trip to Africa. The Deacon Sharpe (Sean Kanan) incident on New Year’s Eve proved to be Sheila Carter’s (Kimberlin Brown) doing, which undercut Thomas and Steffy Forrester Finnegan’s (Jacqueline MacInnes Wood) hopes to get Brooke out of their father’s life.

The new angle, where Brooke has again appointed herself the overseer of Douglas’ life, is ripe for the soapy picking. Thomas’ history of manipulation, including him, still withholding information about Quinn Fuller (Rena Sofer) having spiked Brooke’s drink with alcohol a handful of years ago, points to him as the villain in this storyline.

Thomas knows that Ridge has often been thrown off by Brooke’s drama. So, why not mine a scenario where Brooke looks like the injured party? 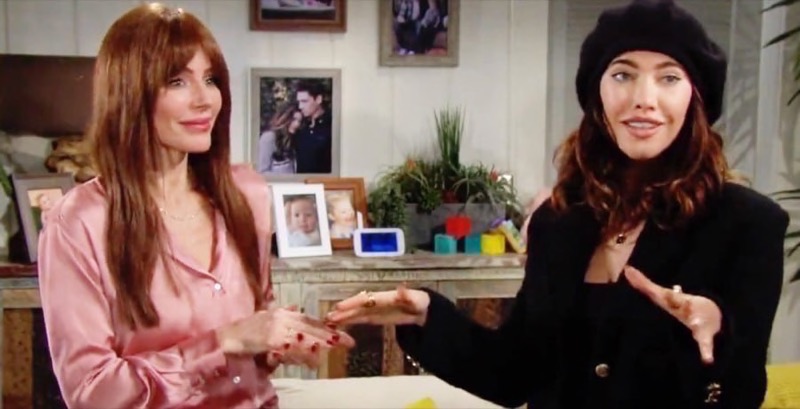 Steffy Forrester Finnegan Handles The Other Side

While Thomas is working on his father, possibly using the devious means suggested, Steffy continues to talk to their mother.

Taylor was considering leaving California. Allen’s character feels stuck in the same rut she wanted to avoid falling into upon her most recent return.

Steffy’s plan has her accompanying Taylor to Aspen, Colorado, to help her consider purchasing Bill Spencer’s (Don Diamont) vacation home. Wood’s character already suggested that Ridge join them, which is teased to happen. But Brooke is projected to be there as well, setting up a daytime showdown.