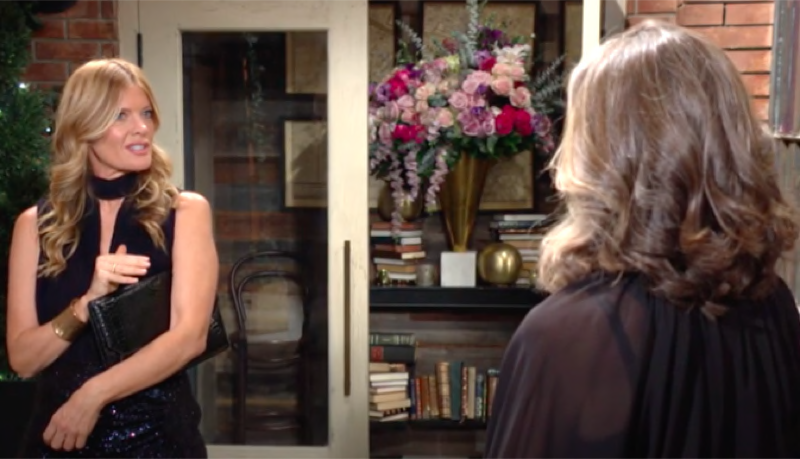 The Young and The Restless (Y&R) spoilers and updates tease that years-long rivals Phyllis Summers (Michelle Stafford) and Diane Jenkins (Susan Walters) will be forced to play nice. The big question in everyone’s minds is, can Phyllis even do it?

The Young And The Restless Spoilers – First Warning

Viewers will remember from a recent episode that Phyllis and Diane were given their first warning by being called into the Marchetti office by their children. Kyle Abbott (Michael Mealor) and Summer Newman Abbott (Alison Lanier) were warned that if they were caught sniping, sabotaging, or otherwise making things at work difficult there’d be consequences. Diane and Phyllis finally agreed on something – they didn’t like being treated like children by their children, and in addition, they were both spoken to by Jack Abbott (Peter Bergman).

Diane told Jack she would work hard to not make waves or push any of Phyllis’ buttons. As for Phyllis, she lied and said she had nothing to do with trying to sabotage Diane.

Ever since Phyllis found out Diane was alive she was bent on making trouble for her and stirring up the same old drama over Jack. Phyllis ruined her own romance with Jack when she felt compelled to mark her territory when they slept together and she immediately bragged to Diane about it. Jack had walked in on it and he was through – he didn’t even want to continue to be friends with Phyllis, it turned him off so much. If Phyllis went to the extreme of extremes selling her hotel and coming to work for her daughter for the sole purpose of sabotaging Diane’s job, she’s not going to behave. Phyllis will not stop until Diane is out of Genoa City and everyone’s lives for good, whether anyone wants her to be or not. 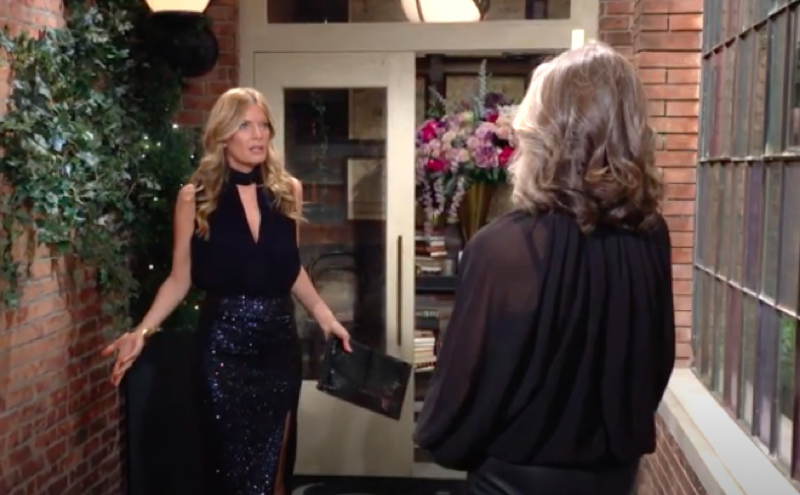 Again, Phyllis and Diane are called on their behavior and forced to play nice at work and in their personal lives as well, most likely. After all, they are in-laws of a sort since their children are married, and they are having a second wedding since not all were able to attend. Perhaps this is the reason they are forced again to play nice and this may be their final warning.

The Young And The Restless (Y&R) Spoilers: Should Kyle And Summer Be In Charge Of Their Mothers? – Diane And Phyllis Desperate

Summer may want her mother to be her matron of honor and Kyle may want both his parents to be together at their wedding. They can’t have their mothers fighting at their wedding, of all places, and if Phyllis, in particular, can’t behave it may be her final warning.