The Young And The Restless (Y&R) Spoilers: Nate And Devon Clash, Can Cousins Work It Out? 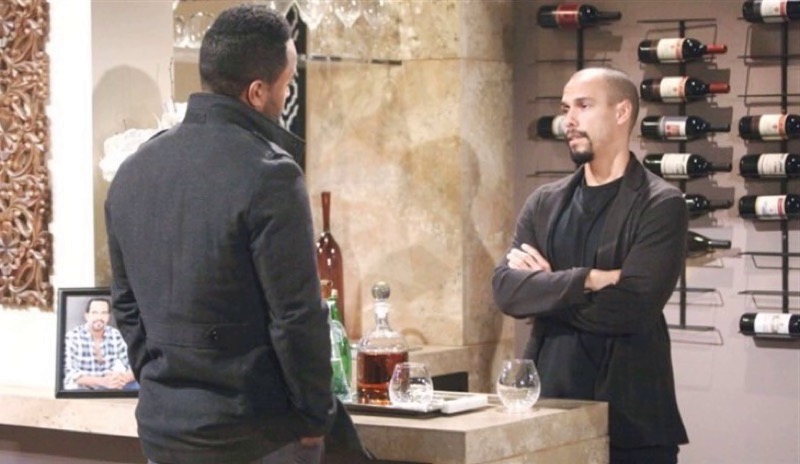 The Young and The Restless (Y&R) spoilers and updates tease in this week’s Soap Opera Digest, that cousins Nate Hastings (Sean Dominic) and Devon Hamilton (Bryton James) will clash. This isn’t the first time Nate and Devon have come into conflict with each other; will they be able to work it out?

The Young And The Restless Spoilers – Post-Office Drama

After all the drama at the office when Nate almost walked out of the job, Devon makes the first move at making amends. He wants to know if he and Nate could clear the air and gives Nate the chance to get it all out in the open. Nate voices his frustration that Devon shoots down every idea he has, starting with the launch party when Nate divulged too much information too soon.

The launch party actually turned out to be a big success in spite of Nate’s getting way ahead of things and offering delivery of fifty new podcasts right away. Devon took exception to that since Chancellor-Winters couldn’t turn out that many in such a short length of time.

The Young And The Restless Updates – Nate Hastings Takes Exception

Devon takes exception to Nate’s promise of the podcasts because Nate blames Devon’s refusal to approve enough podcasts. Then the cousins start talking about the recent idea Nate forged ahead with on his own without Devon’s prior approval, namely the music festival. Nate notes to Devon that in spite of his addressing every single concern that Devon had about the festival, he shot it down anyway. Then Devon brings up Nate’s storming out of the video conference with Jill Abbott (Jess Walton) calling it an immature move on Nate’s part. It soon becomes quite apparent that Nate and Devon aren’t getting anywhere with each other and their meeting is going downhill fast. 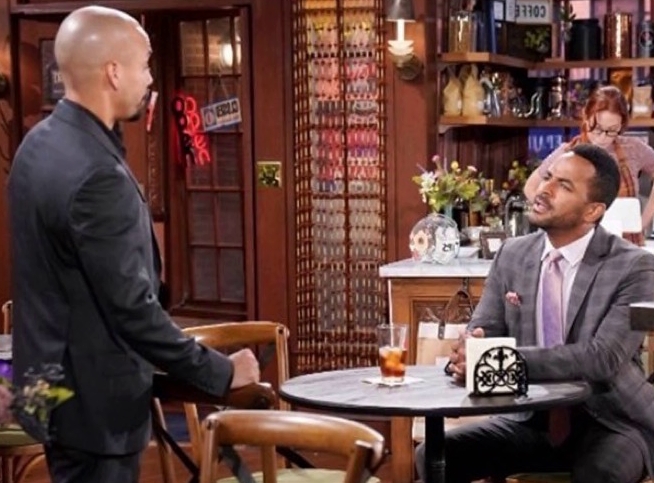 What was meant to be a meeting of the minds and an attempt to work things out with each other quickly devolves into more of a family feud. They have been at odds ever since Elena Dawson (Brytni Sarpy) and Nate started falling for each other and Elena cheated on Devon with Nate. This is what led to the physical fight where Devon knocked Nate down and he injured his hand, which led to the end of his surgery career.

It’s likely that these same past issues are still not fully or truly resolved between the two and it’s set up an unconscious competition. Only now, instead of competing in their personal lives over the same woman, Nate’s trying to compete with his cousin at work.