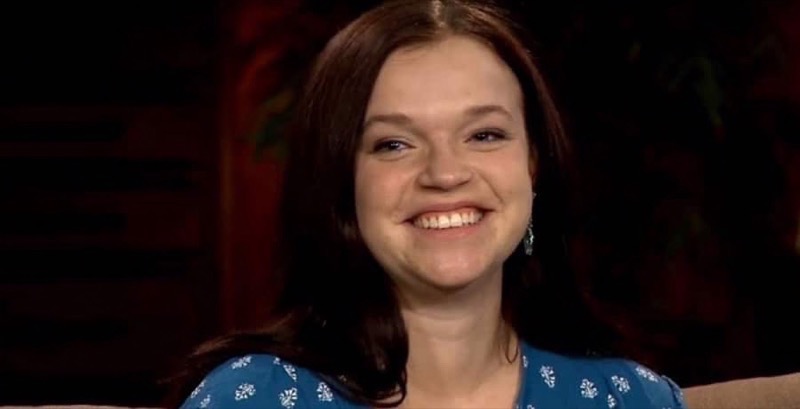 Sister Wives spoilers revealed that the Brown family has been doing a lot of traveling lately. Between the Plexus workshops and conventions, and Logan Brown’s fiance’s bachelorette party, lots of fun times were had. A photo of Mykelti looking very pregnant by a nice pool emerged. Plus, Janelle shared photos of Hawaii. Savannah seems to have gone along, and some of Christine’s daughters as well. Of course, Maddie and Caleb Brush also went. In fact, Maddie Brown Brush started with the food supplement company first.

Evie K, Maddie’s youngest child, knew exactly what she wanted to do this summer. Well, she enjoyed watching TV with her mom in the mornings. And she pretended to sip on a mug of coffee, although her cup only contained milk. That came to an end when the kids went to school in the fall. In the meantime, it’s clear what Maddie and Caleb love to do when the colder weather arrives. They like warmer places like Hawaii. In her photos of their trip, they looked likely to make another baby. Except, that they already did that.

Sister Wives spoilers that Maddie revealed, brought the news that the couple expects another baby in early 2023. And this time, the tie-breaker baby is a girl. In a few months’ time, Maddie will probably stay home while she nurses her newborn. But for now, she enjoyed paradise, and she shared plenty of photos of the balmy days. Taken along with Janelle’s photos, it looked like everyone had a wonderful time. But, no photos showed that Robyn or Kody went along.

On September 26, Maddie took to her Instagram and posted up photos of herself with some siblings, Christine’s kids, and plenty of photos of herself with Caleb. Additionally, she shared a clip of the turtles on the beach, coming out to lay their eggs. Clearly, that fascinated her. Of course, they do go ashore in North Carolina, where Maddie lives. But for nature lovers, it never gets boring. In her caption, Maddie said, “Feeling so much gratitude to have been able to go and spend some time with my love, a few families, and some great friends! 😍 🥳”

It didn’t seem as if the Sister Wives star took the kids, Axel and Evie along. Her caption also said, “Home with our babies after an amazing Hawaiian vacation!” Sometimes, they do take the kids with them. For instance, earlier this year, they all went to Disneyland, and Janelle looked worn out sitting next to the kids in the car. Perhaps someone in Caleb’s family looked after the children during their trip to Paradise.

Sister Wives fans took to the comments section of the post to chat with Maddie. One of them said, “I’m glad you and Caleb had fun. Maui is beautiful ❤️.”

Another fan noted, “Your mom & Christine are the sweetest parents ever😍😍.”

One follower said, “Everyone should experience Hawaii at least once… glad you did!”

Have you ever been to Hawaii? Do you think that it’s a paradise that everyone should try and visit at least once in their lifetime? Shout out in the comments below.