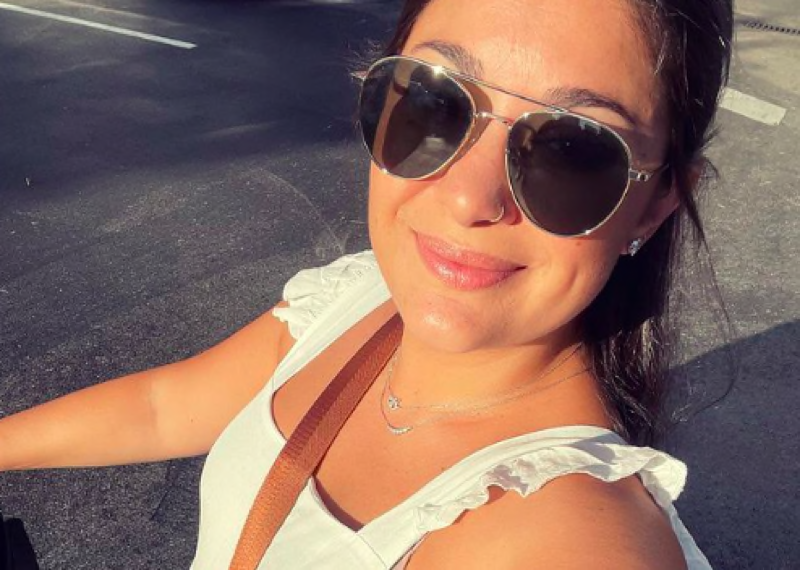 90 Day Fiancé fans know that things happened really fast for Loren and Alexei Brovarnik. Just over two years ago, they welcomed their first son, Shai. Then, Asher arrived last year, and now their third baby joined the family. On top of that, they landed their own spinoff on TLC, and they took home an MTV Award for the Best Reality TV Romance. Now that they revealed the name of their third child, what does it mean?

In the past, Loren and Alexei always waited a bit before they selected a name for their children. However, this time, they waited only two days to announce the birth and the name of their child. As with Shai and Asher, the couple didn’t find out the gender of their third baby until the baby arrived. Actually, Loren told her TLC fans that she didn’t mind what gender comes long, as long as the baby is healthy.

When 90 Day Fiancé fans heard in May that Loren expected a third child, some of them felt really sorry for her. After all, she would end up with three kids under three, and that’s a whole lot of diapers. Meanwhile, it seemed that her work colleagues were less than thrilled and gave her a terrible time about it. Anyway, she found the support that she needed from her husband and from her TLC fans. Now that baby #3 arrived, her fans celebrated the joyful news on Instagram.

Loren and Alexei both posted about the arrival of their new baby. If you don’t know yet, they welcomed a little girl! After two boys, it sure seemed as if a girl might never come along. Thrilled, Loren said, “SHE has arrived!!!” Then she talked about how their third child arrived on their anniversary on September 6. Additionally, it seemed like a fun time to hear the gender once their child arrived.

90 Day Fiancé fans who follow the couple know that when Shai was born, the unusual name means “Gift from God.” Fans quickly fell in love with the adorable little boy, but Asher came along quickly as well. This time, they heard that in Hebrew, Asher means the equivalent of “blessing,” or “good fortune.” So, they had their gift from God followed by more blessings in their second child.

What’s In A Name?

90 Day Fiancé fans know that names are very important. After all, a child has to live with it for their entire life. Luckily for Loren’s kids, her parents don’t follow traditions like some folks in Africa where they often name kids after current news. Or, they name them after the events in their day-to-day life.  So, their child isn’t called Lockdown or Vaccination. Instead, they named their daughter, Ariel Raya Brovarnik.

Ariel means the “Lion of God.”  And according to Meaning Of The Name, Raya has its origins in “Hebrew.” Additionally, “Raya is pronounced as REYah,” and it is often given as a girl’s name. So now, the TLC couple has a girl with the heart of a lion but don’t worry, she’s also a “friend.”

The Bold And The Beautiful (B&B) Spoilers: Steffy Interferes In Brooke’s Romantic Plan