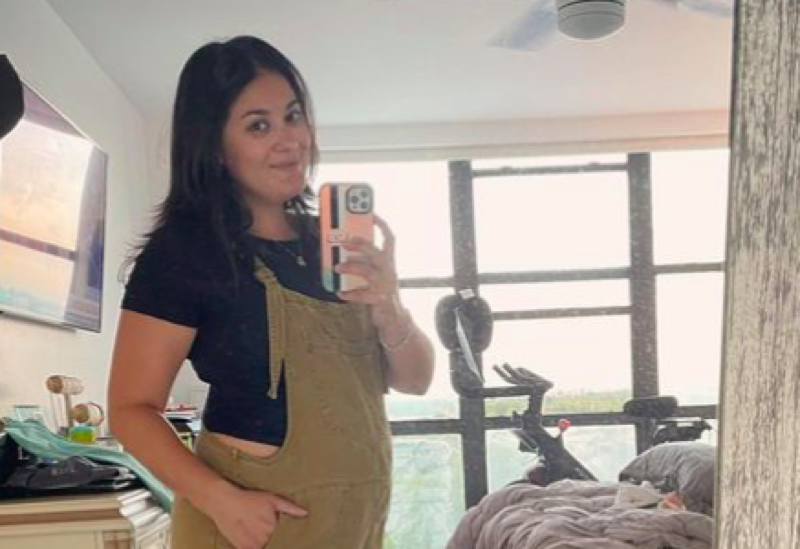 90 Day Fiancé spoilers and updates revealed that Loren Brovarnik and her husband Alexei expect their third child. Actually, TLC fans were totally surprised to hear the news as their youngest son was only about five months old at the time. Clearly, they want to raise kids while they are still young enough to do physical activities with them. This week, Loren gave TLC fans an update via a Q&A on her Instagram Stories.

When Shai arrived, fans instantly adored the cute mini-me of his dad. During her pregnancy, Loren called him “Boten,” which means “peanut.” Often, she referred to him as “Baby B.” Well, when his little brother Asher came along, they did the same thing. Actually, it seems that they wait until after the birth of the child before they gift them a name. So, when she did her Q&A this week, Loren referred to the new child as “Baby B,” as well.

90 Day Fiancé fans heard at the end of last year, that the couple went down with covid-19. Alexei got over it fast, but Loren struggled with feeling unwell and the fact that Shai Shai also fell ill. Then, baby Asher started teething, so she also felt exhausted. Anyway, the family all got through it, and the next thing,  the news arrived that they expect a sibling for their two boys. No wonder couple gets asked questions quite often.

One of the first questions that arrived was “why did you get pregnant so fast?” So, she explained that “when a man loves a woman and a woman loves a man….things happen.” So, it sounds like they didn’t plan the current pregnancy. Next, a TLC fan asked about gender. They said, “Are you gonna find out the sex of the baby or wait for the surprise?” In fact,m they don’t plan on finding out the gender and for Loren, it doesn’t matter, as long as the baby arrives “healthy.”

Actually, fans asked the question more than once. For now, she’s not worried about the sex. Instead, she just wants to get safely through her current pregnancy without worrying too much about gender. Deviating slightly from baby-talk, another fan asked about what she calls her husband. Well, it’s “babe” or “Alexei.” However, when they clash, the 90-Day Fiance star calls her man by his “full name.”

A Job And A Winter Baby

90 Day Fiancé fans heard via her questions, that Loren Brovarnik left her job. Unfortunately, she said that nobody was supportive. In fact, even management gave her a difficult time. Unfortunately, she didn’t explain why. Possibly, they didn’t like it that she just had a baby. Anyway, she seems happier out of the work environment.

You might recall that last year, when she carried Asher, Loren told her fans that she wouldn’t carry a baby in the summer again. That way she could get through it without the heat. But this time, as she noted again, her planning went out the window as they didn’t plan for another pregnancy so soon.