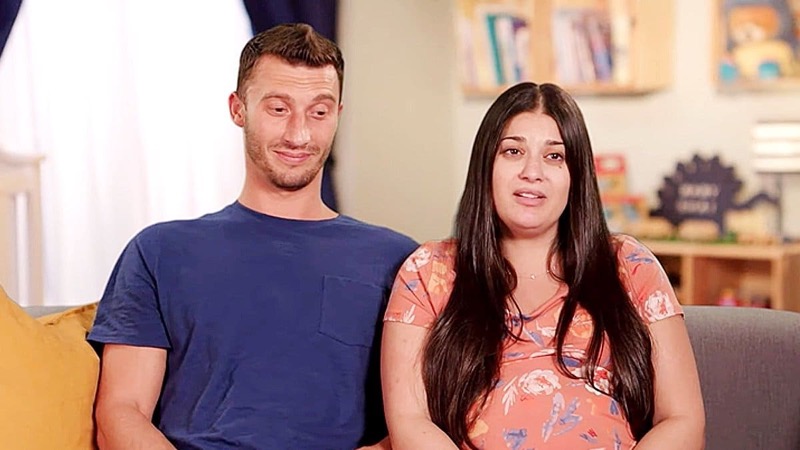 90 Day Fiancé fans met Asher late last year and the second child of Loren and Alexei Brovarnik is going on eight months old. Able to sit up and interact with sounds and facial expressions, he seems very cute. Like his big brother Shai, the little boy is adored by TLC fans already. And, his mom expects another baby, so whole bunches of cuteness are in store for fans. On June 9, Loren shared a cute clip of her youngest son when she talked about taking him on a shopping errand.

Time flies and it’s already two months since Alexei shared a clip of Shai catching his first fish. At the time, Asher, at six months old, wasn’t particularly interested in the whole affair. Still, Shai proudly showed him the little fish that he caught. Since then, Asher grew and now he sits up without assistance quite comfortably. Actually, he seems interested in the camera. Plus, he doesn’t mind trying to chat to his mom when she talks. At least, in baby language, that is.

90 Day Fiancé fans also heard that Alexi and Loren have made another baby that arrives later this year. So, it looks like there will be many shopping errands to run in the future. After all, she will have three kids under the age of three. Perhaps that’s why she mentioned in her Instagram Stories that she always saves her coupons when she goes grocery shopping. Well, this week, she needed to run an errand to the store, where she racked up more costs than she expected. But, she took Asher along on the outing.

While little Asher might be too young to talk, it’s not like he can’t communicate with his mom. As soon as Loren started telling her son her plans, he started interacting with baby sounds. She said that she was taking Asher along on a  shopping errand, and then she said to him, “Right?” Well, he certainly didn’t look unhappy with the suggestion. While he smiled and babbled at his mom, she said that he really hates seeing himself on the phone, though.

90 Day Fiancé fans hope that they see a lot more of Asher as he grows up. They still recall Shai at that age, and he seemed very active even as a toddler. No doubt, he and Asher will be romping around together by this time next year. While fans agree that Shai is the spitting image of his dad, Alexei, some fans think that Asher leans a bit more toward his mom’s side in looks.

Will Loren have A Baby Girl Next?

90 Day Fiancé fans probably won’t hear about any gender reveal from Loren and Alexie. Actually, they didn’t know the gender of Shai or Asher until they arrived, Additionally, they don’t name their children as soon as they are born. So for now, TLC fans will need to wait to find out if the new sibling is a boy or a girl.