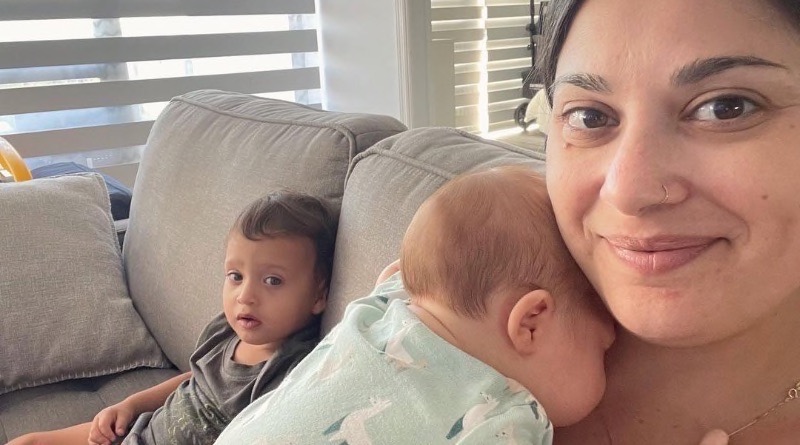 90 Day Fiancé spoilers revealed that Loren and Alexei Brovarnik expect their third baby and soon, they will have three kids under three years old. Much like Shai and little Asher Brovarnik, they won’t know the gender until their baby arrives. Of course, Shai still takes the trophy in popularity with TLC fans, but this week, all eyes are on his little brother. Why is that? Well, read on to find out, and see some adorable photos of the cute kid.

When the news arrived that there was a baby boom going on in Loren and Alexei’s house, a lot of people wondered if they planned it that way. Well, it seems that they didn’t. In fact, Loren joked that the newcomer was the result of too much “tequila.” Plus, she reminded TLC fans that when two people love each other, things like babies happen. Anyway, they have a little “peanut” on the way and it’s considered a blessing to the family. Naturally, fans can’t wait for another adorable child to grace their social media screens.

90 Day Fiance fans think that Asher Brovarnik seems very cute, but they also adore Shai. The problem with these kids is that they seem so adorable. So, which one to love the most? Little Asher has some ground to catch up on because Shai became an instant personality when he starred in Pillow Talk. Plus, he always seems so very sweet with his baby brother. But this week it’s all about Asher who hit a big milestone.

For his mom and her many TLC fans, it seems hardly possible that Asher Brovarnik just turned one year old. Bright and alert like his brother, he smiled for the camera. Loren posted a photo of him wearing his t-shirt that said, “One.” Plus, she posted up some throwback photos. One of them revealed him wearing a t-shirt that said, “ALL EYEZ ON Me.” Then, she posted up photos of him in the NICU.

In her caption, the 90 Day Fiance star noted, “Our mighty ONE. How fast time goes! Happy, happy birthday Asher baby! We love you! 🥳 ✨.” Then, in the hashtags, she added that he’s not too keen on the camera. Well, he might have to get over that, because TLC fans really love the kids. Actually, Loren can never post enough. Proof? Here’s a  comment that backs that up: “Dear God y’all make some cute babies 🥰.”– @amy_lynn4315.

90 Day Fiance fans sent in so many “happy birthday” messages that it’s not possible to repeat all of them here. But, one commenter said, “Happy Birthday 🎉 Love the All Eyez on Me.”

Another person wrote, “Well that went by fast 🥹Happy Birthday to Asher 🧿💙 #YourMiniMe 😍.”