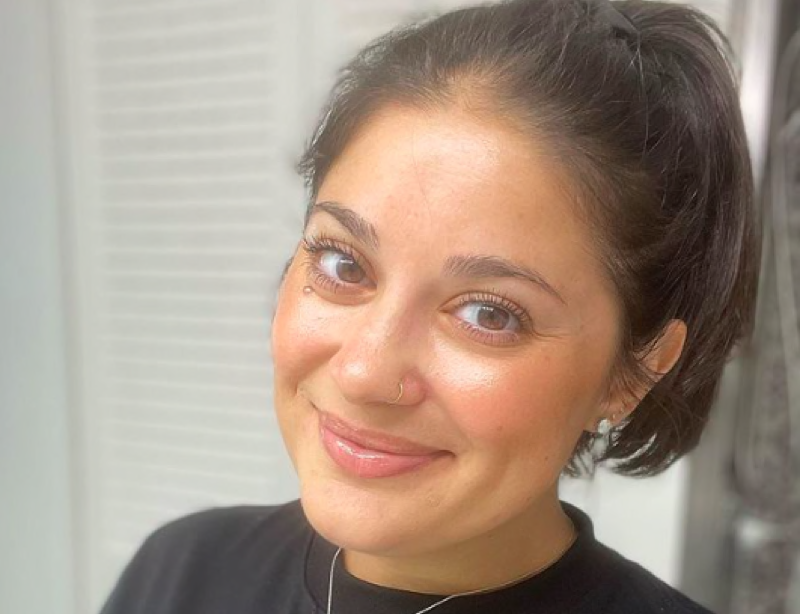 90 Day Fiancé spoilers and updates revealed that Loren Brovarnik and her husband Alexei expect baby number three. Actually, the pregnancy announcement came hot on the heels of the birth of their second child, Asher. Of course, TLC fans already met their first son, Shai, and they adore him. Obviously, they want to know the gender, but that won’t happen yet. So, when she shared three baby bumps at the same stage, they guessed what the gender might be.

When the news arrived on May 6, that Loren expects a third child, fans were really surprised. After all, Asher hadn’t started crawling yet. The prospect of three kids under three and loads of diapers didn’t appeal to fans at all. Nevertheless, the couple seemed so excited and many cast members sent in their congratulations. In fact, when she accepted her MTV Award, she bubbled with happiness and mentioned their third pregnancy in her acceptance speech.

90 Day Fiancé fans heard updates about the new baby on Instagram. Once again, they don’t plan on finding out the gender until the baby arrives. That also happened with Shai and Asher. Initially, both of them were called “Boten” which means “Peanut.” Sometimes, she called them “Baby B,” and she used that name in her updates for the third child. As they take a bit of time to give their kids names, people guess what it might be.  Additionally, they try and guess the gender from the size and shape of Loren’s baby bump.

Loren Brovarnik took to her Instagram on June 22 and shared three photos. In her caption, she said, “The bump comparison you’ve all been asking for! All are taken at 5ish months in each pregnancy. The first pic is Shai. Second pic is Asher. The third pic is BabyB.” Well, we named the bumps for you to help you out. Then she continued by saying, “Obviously a healthy boy or girl is perfectly fine for us – but, since we DO NOT know the gender, what are you all thinking this time around??”

90 Day Fiancé fans love this type of interactive post, so plenty of them shared their guesses. Of course, some of them are bound to guess correctly as there’s a 50-50 chance of getting it right. Additionally, many people think that it is possible to know. Unfortunately, Healthline noted, “Belly shape is one of the more popular myths surrounding pregnancy and gender prediction.” Additionally, the Debby Downer report notes, “How you carry your pregnancy — both the size and shape of your belly — has to do with a number of factors… none of which indicate the sex of your baby.” Nevertheless, it is fun to try and guess.

Boy Or Girl For The TLC Stars?

Naturally, others guessed at a boy. One of them wrote, “Another boy! #boymom 💙 I’ll scream though if it’s a girl. 😍”

What do you think? Will it be a boy or a girl for Loren? Take a shot with your guess in the comments below.