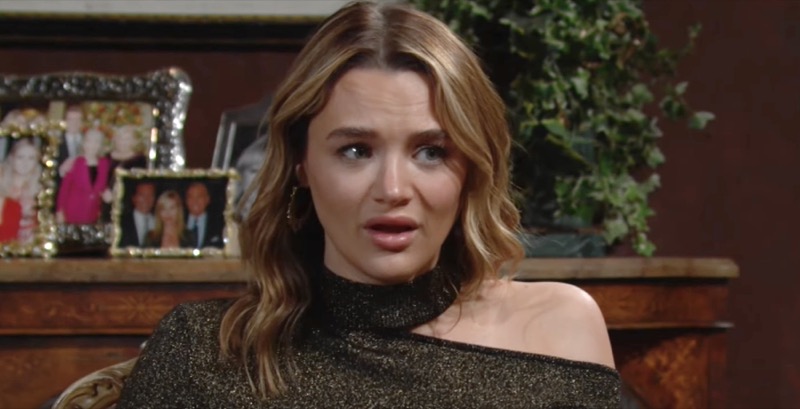 The Young and the Restless (Y&R) spoilers document that Summer Newman Abbott (Allison Lanier) returned from Milan, Italy. Her dream job at Marchetti is teased to be left behind as the Summer recast, Kyle Abbott (Michael Mealor), and his son move back to Genoa City, Wisconsin.

It always felt off that Summer allowed Sally Spectra (Courtney Hope) to push her out. But readers of this comprehensive soap site knew that Hunter King (Summer) and Mealor opted to move from regular to recurring contracts.

The recast to Lanier means that Summer and Kyle are projected to again be residents of their hometowns. Kyle is not going back to Italy, though he does not know it yet.

The Young And The Restless Spoilers – Diane Jenkins Changes Things

Kyle would not be conflicted if his mother, Diane Jenkins (Susan Walters), was murdered by Nikki Newman (Melody Thomas Scott) in 2011. He learned how to deal with Diane’s apparent loss years ago. But he is upset because his mother recently admitted to faking her death.

She was assisted by Deacon Sharpe (Sean Kanan). That implies that the character may cross back to Y&R from The Bold and the Beautiful at some point in the developing plot.

The most important woman in Kyle’s life was Diane. But that was when he was a child and before she abandoned him most horribly. Today, Summer is Kyle’s top influencer.

Consider the contrast between Diane and Summer. Diane had Jack’s child decades ago and eventually decided to turn her back on both.

Leiner’s character is raising Harrison as her son. She loves him like he is her own. Responsibility versus Diane’s irresponsibility, regardless of whatever explanations Walters’ character offers for faking her murder.

Realizing that he was a father changed Kyle’s life. He is living a profoundly different existence now than when he was traipsing around New York with then friend, Theo Vanderway (Tyler Johnson), who was later revealed as his cousin.

Summer has long been the love of Kyle’s life. Their marriage was oddly not shown to the viewers. But fans of this couple are thrilled that they are back on Y&R.

Kyle’s charge will be to work through Diane’s betrayal while also offering her a measured second chance. Summer’s presence and advice will prove crucial this spring and yes, summer, as this intriguing situation develops.