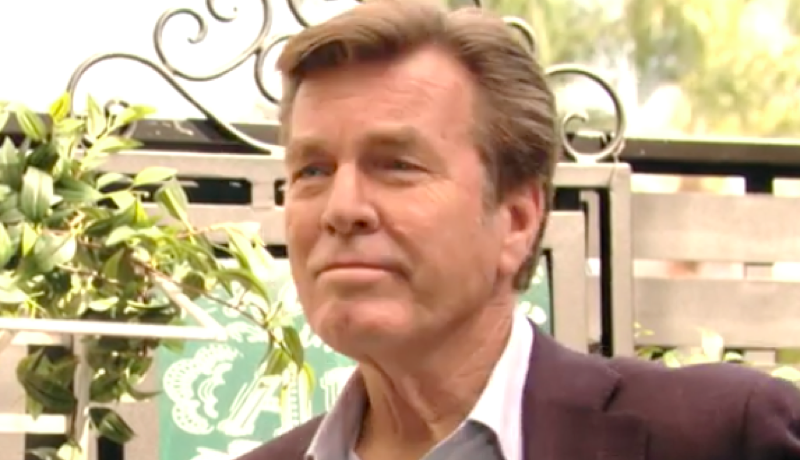 The Young and the Restless (Y&R) spoilers document that Jack Abbott (Peter Bergman) is facing two entirely different and unexpected family scenarios. He never knew that his late son’s daughter existed and is thrilled that Allie Nguyen (Kelsey Wang) wants to be part of the Abbott family.

Then there is the notorious, not dead, Diane Jenkins (Susan Walters). Her resurrection, as Phyllis Summers (Michelle Stafford) hilariously terms it, is creating tremendous strife and likely will continue to do so indefinitely.

The Young And The Restless Spoilers – Welcome To GC, Allie Nguyen

Allie is the breath of fresh air that Jack needs. Her existence touched Jack’s heart profoundly, and he can not deny that without Diane, Allie would remain unknown.

Keemo Volien Abbott Nguyen’s (Philip Moon) death shook Jack to his core. Viewers and the Abbott clan learned Jack hid the truth about his relationship with his oldest son for years.

Keemo was not close with his dad, feeling that Jack betrayed his trust. But the character Moon played eventually came to terms with all that happened between his mother, Luan Volien Abbott (Elizabeth Sung), father, and himself.

The series of Keemo’s letters Jack read at his son’s home in Los Angeles, California, would have been quite the gift on their own. But Diane’s intervention, in connection with Jack and Allie, proved to be more than either Abbott family member ever expected. She has since arrived in Genoa City, Wisconsin, much to Jack’s pleasure.

The Young And The Restless Updates – Diane Jenkins Wants Back In

Diane’s reason for ensuring that Jack and Allie met was two-fold. The leading reason was to make Jack aware he had a granddaughter and let Allie know she had a living paternal grandfather.

However, the veiled reason Diane wanted to connect with Jack and Allie had to do with Kyle Abbott (Michael Mealor). Diane rightly assumed Jack would feel forced to tell Kyle that Diane was not murdered. But she did not know whether she would be able to meet her son in person or what would happen when that attempt at reconciliation took place.

To date, Diane has gotten what she wanted. But Kyle plans to keep an eye on his mother’s behavior for an extended period to protect himself and his family, which includes her grandson and daughter-in-law.

Phyllis Summers Has Jack Abbott’s Back

Phyllis did not anticipate being with Jack this time last year. Her most recent romantic reconnection with Nick fell apart and left her suddenly single.

Jack professed his ongoing love to Phyllis a handful of months ago when she was still with Nick Newman (Joshua Morrow). An awkwardness resulted at that time but has since dissipated due to Phyllis’ changed circumstances.

Diane’s incredible return is helping to reseal the bond between Jack and Phyllis. The importance of Stafford’s character in Jack’s life, when he needs the backing of people he can trust, with Red being one of those important loved ones.