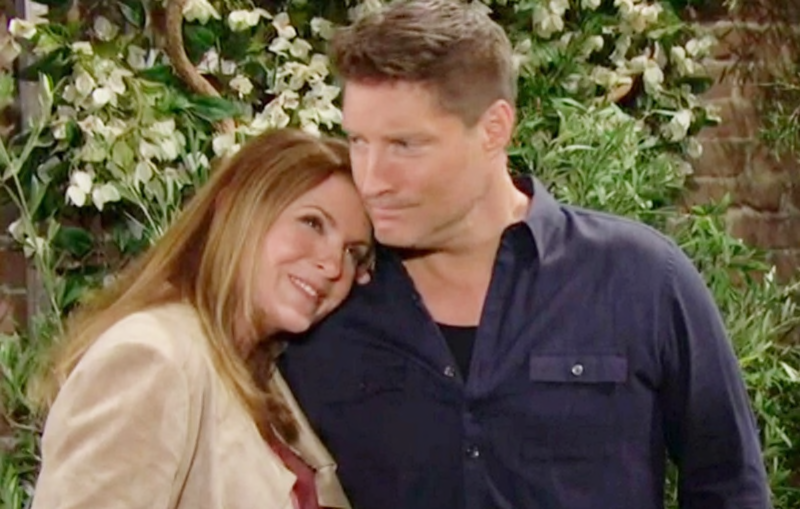 The Bold and the Beautiful (B&B) spoilers document that Sheila Carter (Kimberlin Brown) was not arrested. An ability to again escape justice continues her latest crime spree on B&B.

Moments before Deputy Chief Bradley Baker (Dan Martin) and his officers arrived, Mike Guthrie (Ken Hanes) knocked Li Finnegan (Naomi Matsuda) on the back of the head. Doing so allowed him to cut Sheila loose, after which she escaped from the location where she was holding John Finn Finnegan (Tanner Novlan) hostage.

Fans wondered how much physical abuse Li could withstand.

She was driven off the road by Sheila weeks ago. Li survived being in a sports utility vehicle that exploded and crashed into the water. Then, she survived living on the wharf behind Wyatt Spencer’s (Darin Brooks) favorite new seafood restaurant.

Apparently, the fish tacos are to die for, as Wyatt told his brother Liam Spencer (Scott Clifton). That bit of dialogue represented clever comic relief. Fans understand that Bill Spencer (Don Diamont) was written to that restaurant for dinner with his son so he could find Li and help Finn reconnect with Steffy Forrester Finnegan (Jacqueline MacInnes Wood) in Monaco.

Along with the above, Li rebounded from Sheila knocking her down and later knocking her unconscious. Mike’s blow appeared to reveal Li’s growing immunity to physical assaults, as her quick rebound demonstrated.

Deacon Sharpe (Sean Kanan) has not had it easy since being released from prison. His intent to quietly rebuild his life has been detoured by his mostly unwanted connection with Sheila, drinking and kissing Brooke Logan Forrester (Katherine Kelly Lang) on New Year’s Eve, and a brutal brawl with Ridge Forrester (Thorsten Kaye) at Il Giardino’s hybrid storage closet and living quarters. 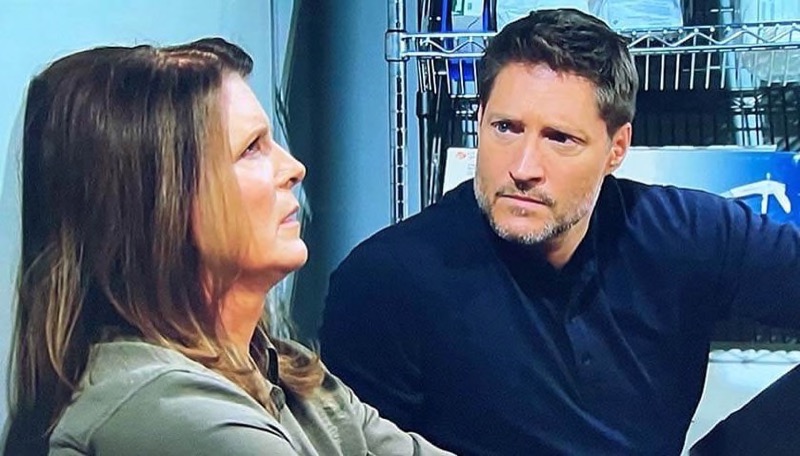 Rejecting Mike’s offer to run away together, Sheila runs to Deacon. She is teased to provide him with her version of events about Finn, Li, and the rest.

Deacon knows that Sheila’s presence puts him in danger. Then, Martin’s character arrives as Kanan’s character is Sheila’s only other known contact besides the now-arrested Mike.

It is plausible to believe that Sheila could return to Genoa City, Wisconsin. She needs to leave Los Angles, California, and has not been seen on Y&R since the 2000s.

Brown last portrayed Sheila on Y&R in 2006. But Michelle Stafford (Sheila) appeared to have portrayed this iconic crossover villain on her original soap, Y&R, in 2007. Plastic surgery was said to have taken place, transforming Sheila into a Phyllis Summers (Stafford) look-a-like.

Sheila addresses rumors of her GC death, as apparently killed by Lauren Fenmore Baldwin (Tracey Bregman) on Y&R when returning to LA in 2017. That stint lasted through 2018. Sheila talked away her death as pure rumors.

The Bold And The Beautiful (B&B) Spoilers: Steffy’s Suffering Ends – Will Sheila Be Brought To Justice?

Last year’s return, starting with the reveal to Finn about being his birth mother, has not readdressed Y&R’s separate storyline. Of course, returning to GC would seem problematic, as Sheila is detested by many in Wisconsin. Plus, she is a wanted criminal there as well.