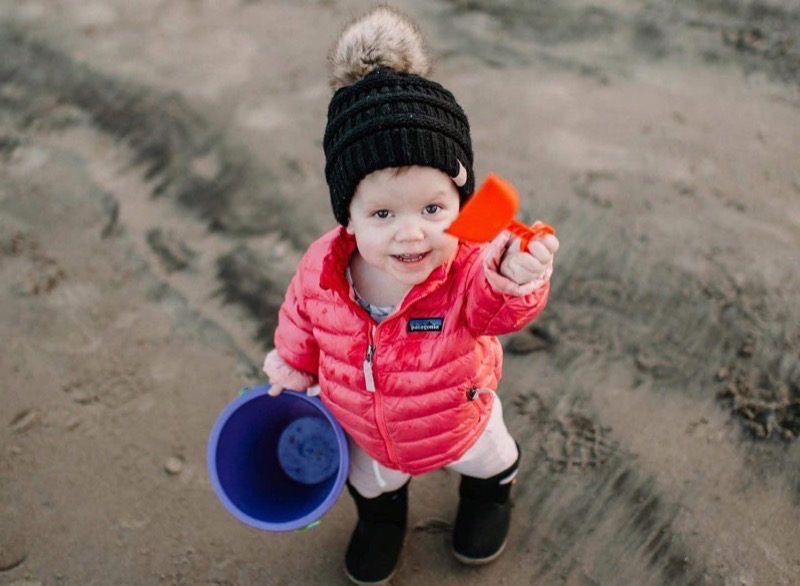 Little People Big World (LPBW) fans who are worried that Lilah Roloff might be slow with her development can probably relax a bit. Actually, the cute daughter of Tori and Zach Roloff seems to make great strides in her development in 2022. This week, her mom revealed that she explores a new talent and she’s quite the little shutterbug. Like her brother Jackson, TLC fans can probably expect some excellent photos taken by her in the future.

Jackson Roloff and his little sister seem very different when it comes to personality. While he’s often thoughtful and stoic, his little sister seems to be a slightly more sassy character. However, that doesn’t mean that she’s not up for a challenge. Possibly, fans who see her pumping those little legs to keep up with her sibling might recall that they once nurtured doubts that she would actually walk unaided. Admittedly, it took her a while to sit up by herself, but all kids develop at their own pace.

The Little People Big World kid seems to start talking a bit better these days. While she has a bit of difficulty a few months ago, her brother, Jackson helps her get her head around it.  Clearly, she enjoyed chattering away with Grandma Amy long after Jackson dosed off at the dinner table recently. While she still has a bit of a road to travel with potty training, it looks like she’s adapting to life very well. Now, she started taking photos like her mom, she reveals an eye for new talents.

Lilah Roloff might not have an eye for fine art photography just yet, but her photos certainly have some potential in still photographic style. Potentially, she might also venture into fashion and style. Actually, photography like any art form, has the potential of making folks famous, especially if they have a famous name to go with it. A wipe on the floor can become art, and Lilah Roloff seems to have an eye for patterns and poignancy with her shot of one “she used to clean the floors.” Perhaps her mom, Tori Roloff could blow it up, frame it, and name it “once was a Dream.”

Then, there’s the photo of her mom whipping her hair. Admittedly, she cut off the rest of the Little People Big World mom’s head. But, even that has potential. Imagine an art gallery where people stand around discussing the depth and meaning of her picture. Lilah Roloff  might name it something like  “Ages of Tilt.” As for “freshly painted toe beans,” Well, maybe that would do to get art-lovers talking. Actually, while it might sound facetious, any photos taken by absolutely anyone have the potential to reveal latent talent.

Titles Makes Photos Stand Out From The Rest?

While Little People Big World star Lilah Roloff just plays with her mom’s phone camera, for now, the titles of her artwork could make a huge difference in the perception of viewers. Renee Philips, an art curator for Manhattan Arts International cited Kerry Reverzani as saying, “Short and sweet-descriptive, yet leaving it [to] the viewers’ imagination to fill in the gaps, is my best choice for a title.”