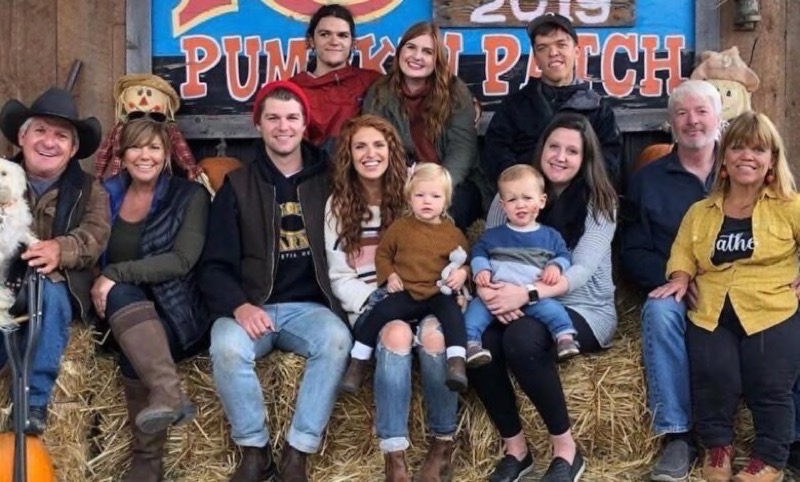 Little People Big World (LPBW) fans have three people to follow who have little kids, Audrey, Isabel, and Tori Roloff. Last year, before Mateo arrived, Jacob Roloff’s wife got people in a bit of baby fever. However, that faded away as she doesn’t share photos of his face. Of course, Audrey shares streams of clips of her kids, Ember, Bode, and Radley. But this week, it was Tori who cranked baby fever up high for TLC fans.

Most TLC fans love Zach and Tori’s kids and their parents. Or, at least, they did before season 23. Unfortunately with all the toxic drama over their offer to buy a portion of the land being turned down by Matt, nasty comments started arriving. So, the couple took some heat, and Tori got slammed. Watching the show, fans scoured for reasons to criticize. Finally, she lost it with them. In a Q&A, she told them off, saying, “One thing that’s so frustrating with sharing our lives on social media is when people discuss and debate it as [if] they know us.” Fortunately, she still shares photos of the kids for fans to enjoy.

Little People Big World fans now see lots of photos of the TV star’s rainbow baby, Josiah Roloff. Now just over three months old, he starts to resemble his brother Jackson a lot. Of course, Jackson has been a fan favorite for his entire life, and he seems to grow cuter by the day. So, when she posts photos of him with his baby brother, plenty of “Aww” moments arrive. Mind you, Lilah also gives fans their share of baby fever as she’s also super-cute.

Some TLC fans seem worried because Josiah always seems to have his tongue sticking out. However, his mom explained that it’s not a biggie and he will “grow” into it. Anyway, that doesn’t make him any less cute. So this week, when fans saw a photo of Jackson sitting with his brother held close, fans agreed that it made for a heart-warming photo. In her caption, she wrote, “I mean…. 💙💙.” Well, a picture really paints a thousand words, and it’s no wonder that she seemed lost for words to describe her feelings.

Little People Big World fans took to the comments to gush about her gorgeous picture. Actually, it helps that Tori Roloff runs her own photography studio, so even her pictures snapped on her phone often look stunning. Certainly, working with such adorable kids seems to make for some wonderful moments captured on camera. Some fans were like “Stop” with the cuteness overload photos. But, they didn’t really mean it.

One Little People Big World fan spoke up for the folks at the back, saying, “Your posts are constantly giving me baby fever when I scroll my feed. 🥺”

Another fan commented, “Omg these pictures are precious!😍”

More comments followed like this one: “Jackson’s eyes just “speak.” Precious boys you have!🥰💙”

What do you think of the adorable photos that Tori Roloff shares of Jackson, Lilah, and Josiah? Do they give you baby fever? Sound off in the comments below.

Be sure to catch up on everything happening with the LPBW cast right now. Come back here often for Little People, Big World spoilers, news, and updates.