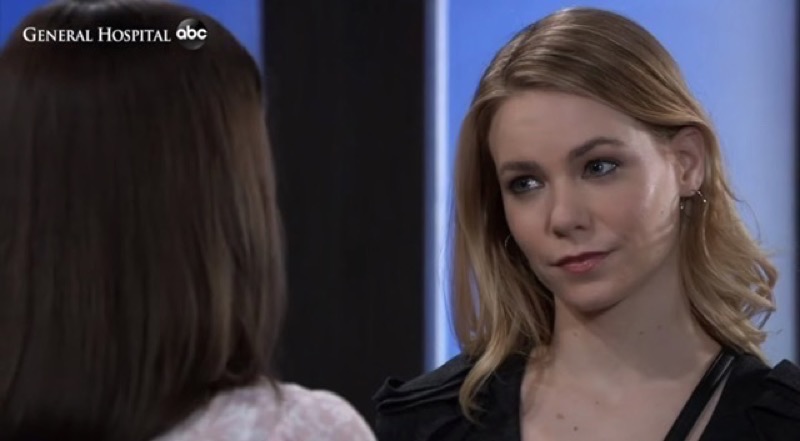 General Hospital (GH) spoilers reveal that Nelle Benson’s (Chloe Lanier) return has been rumored since she left. Fans have never believed that Nelle is dead. Nina Reeves (Cynthia Watros) has made such a fuss about Nelle’s death that she has to be alive. Will Nelle return after all this time and save her sister’s life?

General Hospital spoilers reveal that Willow Tait (Katelyn MacMullen) is fighting for not only her life but that of her unborn child as well. Willow has no idea who her family is since Harmony Miller (ex-Inga Cadrenal) didn’t tell her that. A sibling is often a closer match than a parent as well and that is where Nelle comes into play.

Perhaps Nelle has grown a heart in her absence since her sister has been raising her son for years. Could Nelle come to save Willow because of Wiley Corinthos (Viron Weaver)? Wiley is Nelle’s biological son, no matter how jealous she is of her sister, will she do this for her son?

Nelle would take shots at Willow every chance she got because she disappeared. Nelle relished in pointing out that Willow wasn’t Wiley’s mother. However, Willow has raised this child for years. Willow is the only mother Wiley knows. Nelle is also the one who gave her child away, how can she blame the person who has loved him every day?

Nelle has no idea that she has a sister. Nelle believed that Carly Corinthos (Laura Wright) was the only sibling she had. Will Nelle feel any connection to Willow once she learns they are twins? Could having a sister spark some sort of caring in Nelle’s heart that she hasn’t shown for anyone else? 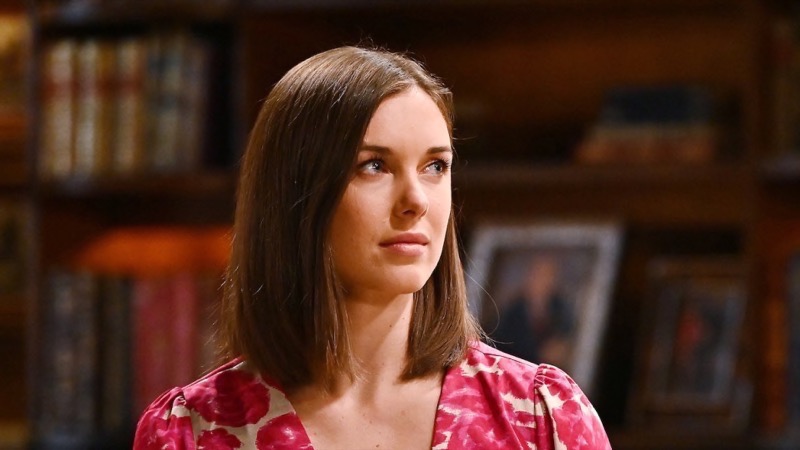 Nelle Benson Has A Mother

Nelle has been underhanded and devious all of her life. However, look at who raised her. Frank Benson (James Patrick Stuart) was nobody’s hero. Frank was a user and an abuser. Frank even sold his adopted child’s kidney to get ahead. Nelle had no love from her family and perhaps that is what she needs.

Nina has wanted to be there for her child. Nina and Nelle got along years ago. However, Nina and Nelle know nothing about their connection. Can Nina offer Nelle what she truly needs to be a better person? Will Nelle be too traumatized to save her sister because of her kidney surgery years ago?

Nelle may have changed a bit in the time she has been gone. Unfortunately, Nelle is still that wild card she always was. Will Nelle come to her sister’s rescue and redeem herself?

The Bold And The Beautiful (B&B) Spoilers: Quinn Ends Things With Carter After Big Realization