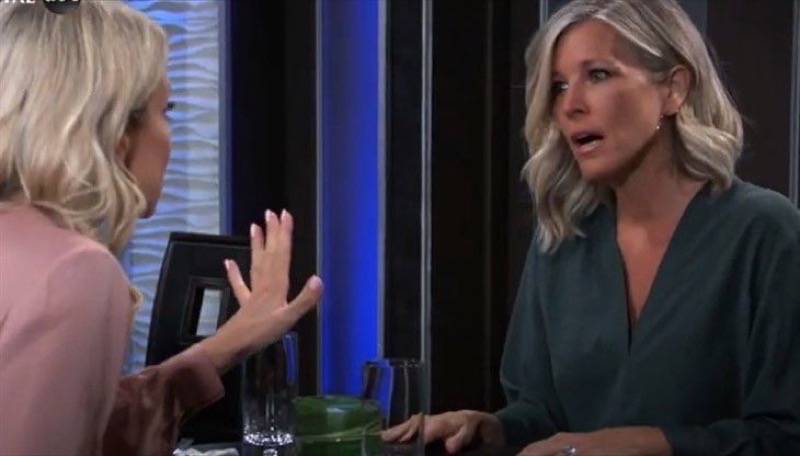 General Hospital (GH) spoilers and updates tease that the claws will come out when Carly Corinthos (Laura Wright) and Nina Reeves (Cynthia Watros) have a showdown soon. Nina is making a lot of business decisions independently that she should be working with The Metro Court co-owner Olivia Quartermaine (Lisa LoCicero) on and Carly doesn’t like it.

General Hospital Spoilers – Who Asked Her?

Olivia approached Carly at the Metro Court and told her that there was a situation that she was not going to be happy with at all. Viewers know how particular Olivia is about kitchens and cooking, and a five-star restaurant that has been doing just fine suddenly has new chefs being interviewed by Nina. Olivia is likely afraid that Nina will tear down everything that she and Carly had worked so hard to build together, and it will devolve into a roadside diner.

Not only that, but it is just one more dig into Carly’s world with Nina marking a territory she has no business marking. Nothing was said that Nina was going to be any more than an owner on paper, not a hands-on human resources department, who asked her to hire a new chef.

General Hospital Updates – What Does Nina Reeves Know About Restaurants?

Olivia is offended and that means Carly will be offended; what does Nina know about restaurants, and about hotels for that matter? No doubt Olivia will bring up that she wanted to buy out Carly’s half of their hotel, but Carly turned her down. Because she had to get money from Ned Quartermaine (Wally Kurth) to do it, and Ned had been the reason the ELQ/Aurora Media merger failed, Carly didn’t want him involved. The only restaurant Nina was ever involved with even in a small way was the Tan-O in Nixon Falls, and because she was involved with the bartender –Sonny Corinthos (Maurice Benard). 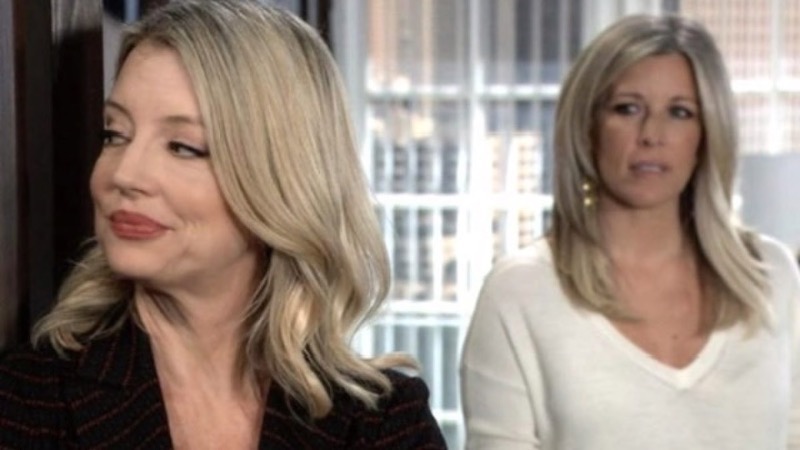 You Deserve Everything You Get

Carly approaches Nina when she is alone and has no one to defend her when she decides she’s going to take care of Nina’s problem once and for all. Carly has been like a volcano ready to blow its top and destroy everything in its path, and that’s what she intends to do to Nina. Carly comes fully ready to take her rival down as she tells her she deserves everything she’s going to get.

The claws come out as a civil argument and soon turn into an all-out brawl, but Nina’s no simpering little wimp; she’s not just going to let Carly win. There’ll be plenty of DNA around for the PCPD to investigate by the time nails are broken, hair is pulled, and scratches draw blood; and maybe even some property damage!