The Bold And The Beautiful (B&B) Spoilers: Steffy In Danger – Finn To The Rescue With Ridge And Taylor! 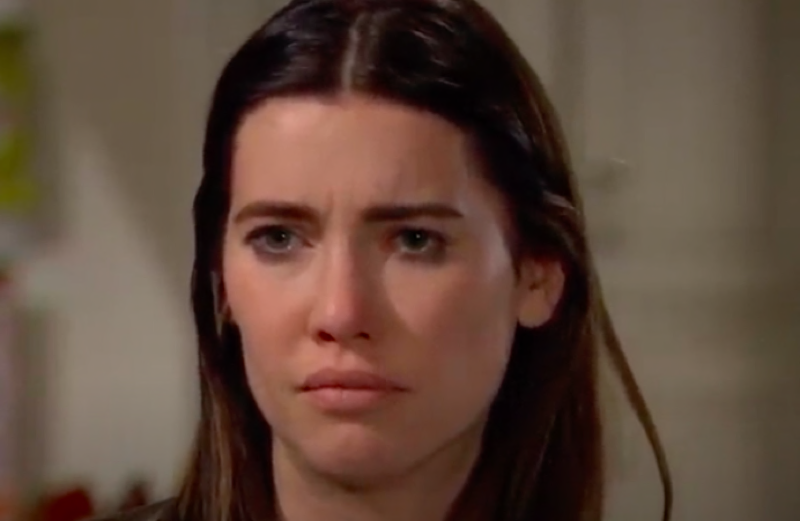 The Bold and The Beautiful (B&B) spoilers and updates tease that Steffy Forrester Finnegan (Jacqueline Macinnes Wood) will be in danger over in Europe! John “Finn” Finnegan (Tanner Novlan) will team up with her parents, Ridge Forrester (Thorsten Kaye) and Taylor Hayes (Krista Allen) to rescue her in a future BOLD episode!

The Bold And The Beautiful Spoilers – Monte Carlo Mayhem

Thanks to some clips posted on social media while BOLD is currently filming, it looks like there will be some Monte Carlo mayhem surrounding the reunion of Steffy and Finn! Currently, the episode where Steffy and Finn reunite is set for the week of July 25th, barring any further pre-emptions and pushed-out episodes. The clip shows a frantic Taylor and Ridge meeting Finn and a young brunette woman, who so far has not been identified; she could be searching for Sheila Carter (Kimberlin Brown).

Finn, Taylor, and Ridge all look a little frazzled and frantic, and the young unidentified brunette looks like she’s in a hurry to find someone as well. However, judging by the frantic activity and the worried looks on all their faces, it looks like Steffy may be in danger!

In recent episodes, Finn has just begun to wake up from his coma, which has been going on for several months; he could see through very blurry eyes. Sheila and his adoptive mother Li Finnegan (Naomi Matsuda) were by his bedside, calling out to him, referring to themselves as “both his mothers”.  Unfortunately for Li, she didn’t get away from her home before she made an urgent phone call, and spooked Sheila who chased her in Mike Guthrie’s (Ken Hanes) car. Li ended up on a long drive off a short pier and likely perished as her car exploded and sunk in the bay, but Finn may have heard their final argument! Finn will wake the rest of the way up to realize Li did not return and Sheila and Mike will be caring for him, knowing something’s wrong!

Finn may overhear Sheila and Mike plotting to find Steffy overseas and finish the job –though she has both children with her, Kelly Spencer (Remington Evans) and Hayes Finnegan (Piper Harriot). One would think that Sheila would at least want to shield the children from her plans for their mother, and indeed she may have Mike do the dirty work! Meanwhile, Finn will look for a way to escape, perhaps pretending to lapse back into a coma, and perhaps try a call first to Steffy, who he may not be able to reach. 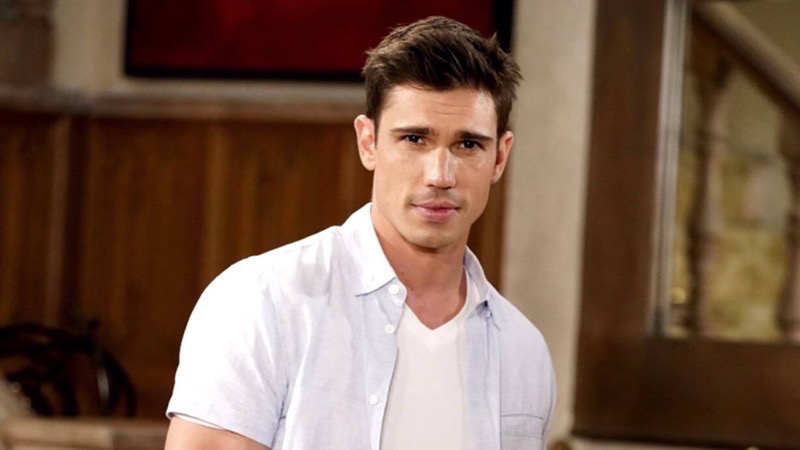 He may try to call Ridge or Taylor as well, who may not believe it’s him at first but he’ll figure out a way to convince them. Somehow Finn and Ridge and Taylor meet in Monte Carlo and they think they’ve seen a ghost, although it will be apparent it’s really Finn!

Somehow Finn manages to escape, although he will wake up with Sheila and Mike in the room; BOLD spoilers tease he’ll flatline and Sheila will shock him against Mike’s advice. The shock restarts his heart and this is when he’ll wake up and realize he needs to get out of there, so he may call for help while they’re gone. There’s a chance he may call his father, Jack Finnegan (Ted King) who will be contacting Ridge and Taylor to see if they’ve heard from Li. Jack should know where the house is since Li kicked him out and this may be how Finn gets away and on a plane to Monte Carlo. Then they will meet and together, start the search for Steffy!

The Young And The Restless (Y&R) Spoilers: Jack Runs Back To Phyllis After Diane Wrongs Him Again?