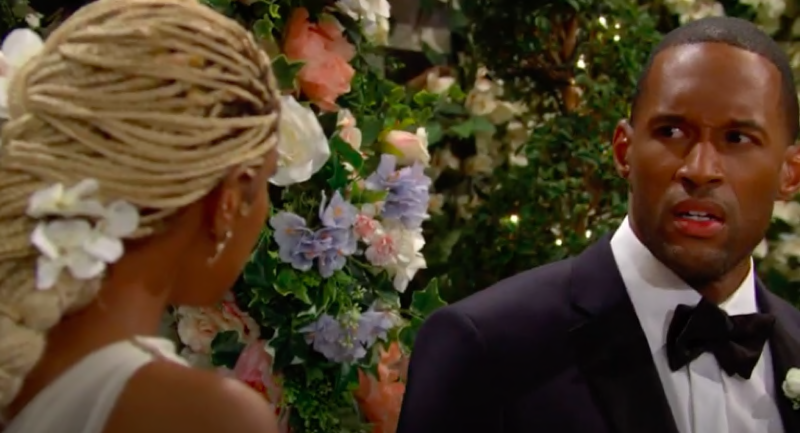 The Bold and The Beautiful (B&B) spoilers and updates tease that things won’t turn out as expected for some people in an upcoming BOLD episode! Paris Buckingham, (Diamond White) Carter Walton, (Lawrence Saint-Victor) and Quinn Forrester (Rena Sofer) will have some surprises coming their way if not shocks!

The Bold And The Beautiful Spoilers – The Day Began With One Marriage Starting, Another One Ending!

The day began with one marriage starting, and another one ending; Carter and Paris got ready for their wedding day, with Grace Buckingham (Cassandra Creech) interfering. She’d even had the unmitigated gall to try to get Zende Dominguez, (Delon de Metz) her choice for Paris’ husband to stop the wedding! Zende was so over the whole thing – he told Grace he couldn’t and wouldn’t stop Paris from marrying Carter; she had obviously made her choice!

Meanwhile, Quinn Forrester (Rena Sofer) had been talking with Bridget Forrester (Ashley Jones) worried about Eric Forrester’s (John McCook) heart rate going up as shown on his tracker ring. Eric was completely oblivious to the fact that the nice ring Quinn gave him as a gift had a heart rate tracker in it that reported to her cell phone!

Preparations are made at Il Giardino for the wedding of Carter and Paris, and Charlie Webber (Dick Christie) the Forrester head of security has been chosen to officiate! The courtyard, since it is to be an outdoor wedding is readied with flowers, tables set, wines, and other refreshments on order. Paris is dressed in her wedding dress, which of course is a Forrester design, while Carter gets ready in his tuxedo. Ridge Forrester (Thorsten Kaye) has been trying to convince Carter not to rush into this, he knows he still loves Quinn but is settling for Paris! But he still is loyal to his friend and gets ready for his best man duties!

The Bold And The Beautiful Spoilers – One Wedding Ready To Start, One Marriage Ready To End!

At the club where Eric plays pickleball on a seemingly unending basis, Bridget Forrester (Ashley Jones) and Quinn are getting ready to have lunch. The waiter comes over and asks them if they want something to drink, and they both order iced tea. Quinn asks him if he knows her husband and he does, and then her phone starts sounding an alarm and she frantically asks the waiter where Eric is! 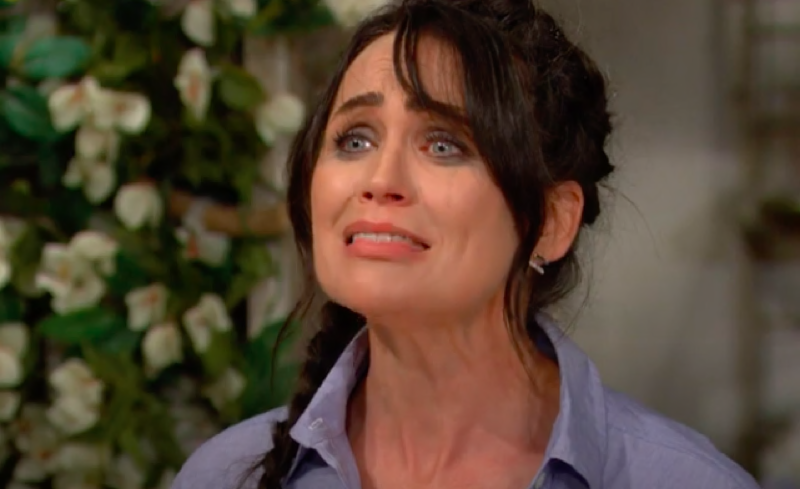 Quinn is insistent and ready to panic, she wants to know which pickleball court he’s on and the waiter tells her they’ve been out of service being repaved! She finally gets out of him that Eric’s been staying in bungalow 24 and she and Bridget rush over there-they find Eric in bed with Donna Logan (Jennifer Garies)!

It is Eric who convinces Quinn to stop Carter’s wedding and go after the man she really wants after telling her it’s over between the two of them! Quinn runs out of the bungalow, steals a bicycle, and finally makes it to Il Giardino where Paris and Carter are both in shock!

Quinn stops the wedding and Carter chooses her over Paris, and Grace is happy! Grace comforts her daughter and manages to hold her “I told you so’s” until later; this day certainly held some shocking surprises for all!