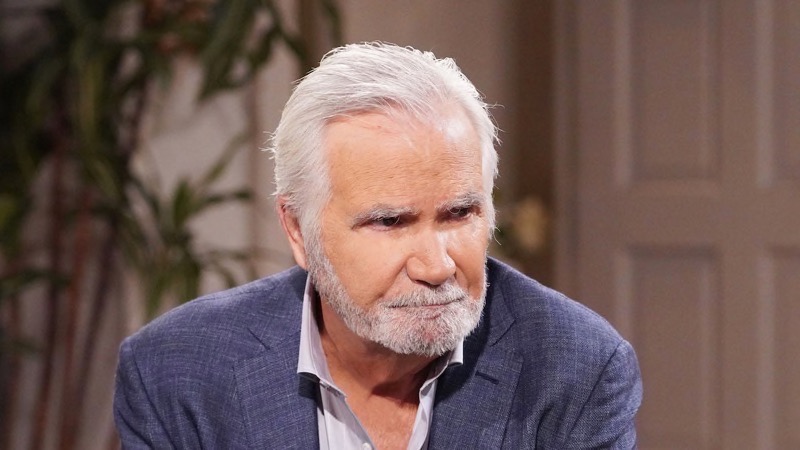 The Bold and The Beautiful (B&B) spoilers and updates tease that Eric Forrester (John McCook) will invite Donna Logan (Jennifer Garies) back into his life and her job in upcoming BOLD episodes!

Donna has been waiting to have a chance at her honey bear again for many years – Eric and Donna were previously married from 2008-2010 but his children fought against it. Ridge Forrester, (Thorsten Kaye) Thorne Forrester (Ingo Rademacher), and Felicia Forrester (Lesli Kay) all fought to break them up. That was because they blamed Donna for the breakup between Eric and Stephanie Forrester (Susan Flannery) and Stephanie encouraged them to; Stephanie had a problem with all the Logan sisters.

Ever since Brooke Logan Forrester (Katherine Kelly Lang) moved in on Eric apparently as a way to Ridge, who she really wanted, Stephanie had a problem with all the Logans! She and Brooke made peace after she became ill and shortly before she died.

The Bold And The Beautiful Updates – Along Came Quinn Fuller

Donna stayed single for many years after her marriage to Eric broke up, and none of Eric’s children approved of Quinn Fuller (Rena Sofer) who soon became Quinn Forrester! Quinn also made the Logan sisters her enemies, even though her best friend Shauna Fulton’s (Denise Richards) daughter Flo Logan (Katrina Bowden) was Storm Logan’s (William DeVry) child. But Quinn had a particularly mean streak against Donna, although she also made Brooke’s life a living hell when she tried to pair Shauna with Ridge! When Eric became sexually dysfunctional with Quinn after they tried a reconcilement, Eric and Donna flirted in the office with each other and he found he wasn’t dysfunctional with her! This was after Quinn’s affair with Carter Walton (Lawrence Saint-Victor) and when she discovered them and Donna with a honey bear in her desk she made sure Donna lost her job! 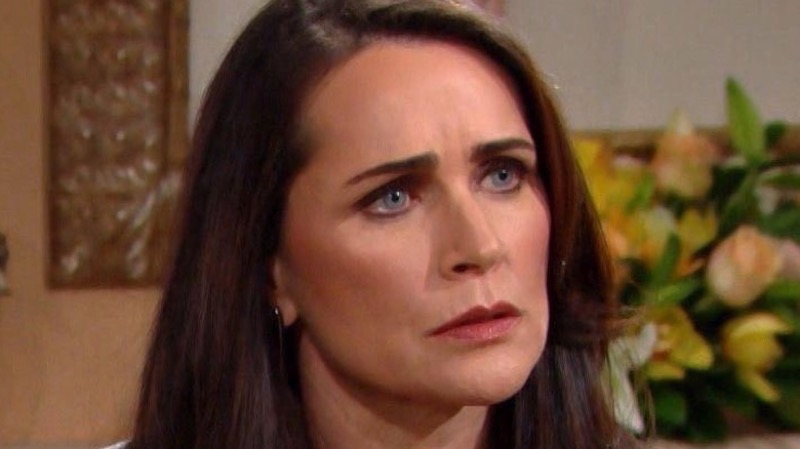 The Bold And The Beautiful Spoilers – Busted!

Donna is elated when Eric pushes Quinn back to Carter and even tells her to go break up his wedding to Paris Buckingham (Diamond White) and they don’t have to hide their love for each other anymore. The way it came about wasn’t a way that she would have preferred, but Eric had told her he was going to break up with Quinn – Carter’s wedding was convenient. Eric and Donna had their affair for months in a bungalow at Eric’s club, and first one Logan’s niece, Hope Spencer (Annika Noelle) accidentally discovered them but promised silence.

Hope kept her promise, but then Quinn and another Logan niece, and Eric’s daughter, Bridget Forrester (Ashley Jones) busted them in bed!  Donna was afraid of Quinn and hid under the covers!

Donna Logan Gets Her Man And Her Job Back

Donna gets her man and her job back as Eric not only invites her back into his life openly, but also invites her back to her job at Forrester Creations. She still worries that Quinn might have some problems with her presence but feels protected by Eric against any payback from Quinn. Eric and Quinn both hope that Quinn’s return to the man she really loves, Carter will ensure no more danger to Donna. But both Eric and Donna know Quinn, and if for some reason things don’t work out with Carter, the old Quinn will be back in full force!