The Young And The Restless (Y&R) Spoilers: Brytni Sarpy Attached To New Series?

The Young and the Restless (Y&R) spoilers and updates tease that Brytni Sarpy (Elena Dawson) is attached to an upcoming project called, The Prince of Detroit. In it, Sarpy plays the role of Sydney Barkay.

The Young And The Restless Spoilers – About The Movie

Inspired by a true story, Tony Fox was born into prosperity, being the son of America’s 1st Black HMO (Health Maintenance Organization) owners. Along with their hospital and several other business ventures, Tony’s Mother (Sydney) and Step-father (Harlow) are deemed Detroit’s King and Queen, making Tony the Prince. When his parents are betrayed and conspired against, they’re left with nothing. A young Tony must do away with his entitlement then use both his parents’ teachings and experiences to regain their fortune and restore his position as “The Prince of Detroit” It is produced by Dame Dash Studios and will star Columbus Short and more.

Word is her onscreen boyfriend, Sean Dominic who plays Nate Hastings on The Young and the Restless will also be a part of this project. Originally, The Prince of Detroit was revealed to be a film now according to the actress’ IMDB profile, they are turning it into a series. If this is in fact going to be a series it begs the question, will it affect Sarpy’s current run on the CBS daytime drama? 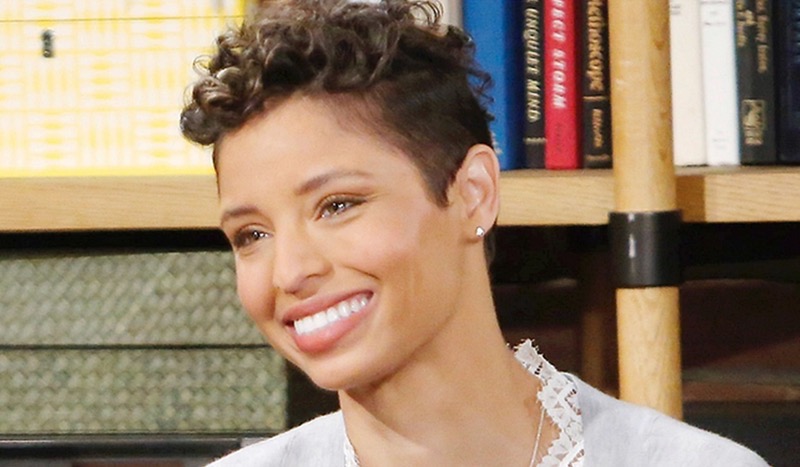 The Young And The Restless Updates – Brytni Sarpy’s New Look

Sarpy recently unveiled a new look on Instagram introducing a new alter ego which is most likely a gig that she is working on outside of Y&R and The Prince of Detroit. She first made her way to soaps playing the role of Valerie Spencer on General Hospital. After a fantastic run on the ABC daytime drama, she made her way over to CBS to play Dr. Elena Dawson. She was then romantically paired with Bryton James’ Devon Hamilton. When things didn’t work out she was paired with Nate.

Currently, Elena is fighting for her man as Imani Benedict (Leigh-Ann Rose) is making a play for him. We beseech you to stay tuned for more updates on Sarpy’s new projects. As per usual, when more information becomes more available to us, we will relay the same to you, our avid readers. Watch ‘Y&R’ weekdays on CBS!

The Bold And The Beautiful (B&B) Spoilers: Hope Must Tell Mother About The Fight – Brooke Provokes Divorce?