Days of Our Lives (DOOL) spoilers and updates tease that star Marci Miller might have seen her last days as Abigail DiMera, but that doesn’t mean she doesn’t look back fondly at the role.

Days of Our Lives’ Marci Miller Is Ready To Move On

It was Miller’s decision to leave the role of Abigail behind for a second time and it wasn’t an easy one. That decision led Head Writer Ron Carlivati to make his own decision, that Abigail would need to be killed, so he made her happy first. DAYS made Abigail so happy in order for it to break hearts more when Chad DiMera found his bloodied wife in their bed after being stabbed. She was not dead yet, but she would be soon and he couldn’t save her.

Hearts broke for Chad and broke for Abby’s parents, Jack Deveraux and Jennifer Deveraux, especially when Jennifer saw her daughter’s dead body and said goodbye. In fact, that could lead to yet another Emmy for actress Cady McClain.

For Miller, it was a good run on the soap, but she is also a mom now with a one-year-old daughter named Willet she wants to spend more time with. 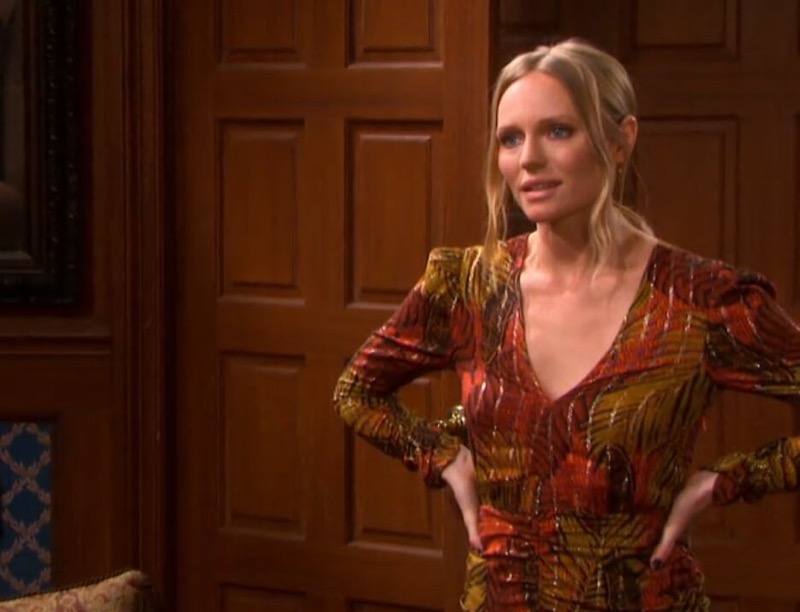 As she said goodbye to Abby, Miller also reflected on her two favorite stories since joining DOOL in 2017.

“The DID was cool. Just because I got to access parts of myself that I don’t normally get to do like the Gabi character,” Miller told Soap Opera News. “I would never get cast that way. So that was fun and interesting.”

Of course, it was also difficult because of the number of characters and amount of dialogue she had to learn that Miller feared she didn’t bring enough to the story. However, another story she also loved was when Abby faked her own death and then returned to town mentally stronger.

“I also liked coming in the very first time, that storyline, just getting to play some of those moments with Billy Flynn,” she said.“Like, sneaking into the nursery and finding my baby, that scene when he walks in and he sees me for the first time and I’m holding Thomas in my arms and just that whole journey of he and I getting to know each other literally as people, as actors, but also the characters sort of learning to get to know each other and trust each other and all of that. I really, really enjoyed that.”

The Young And The Restless (Y&R) Spoilers: Brytni Sarpy Attached To New Series?