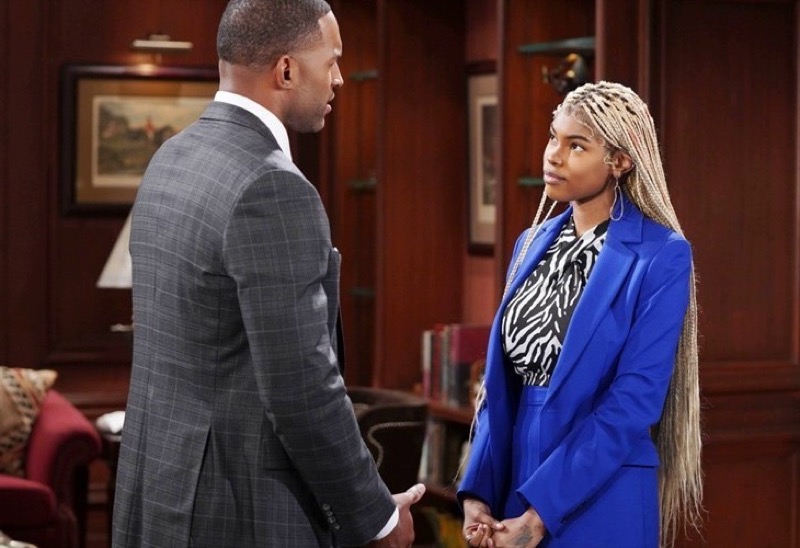 The Bold and the Beautiful (B&B) spoilers and updates that Carter Walton (Lawrence Saint-Victor) is teased to ask Paris Buckingham (Diamond White) to marry him. While he told Quinn Fuller (Rena Sofer) he loves her more, Carter continues to apply pressure on himself to settle.

Quinn’s thoughts about Carter have returned. That is a direct result of Eric Forrester (John McCook) once again distancing himself from his wife.

Eric’s pickleball league lies are a cover for his secret meetings with Donna Logan (Jennifer Gareis). He and the fans know that this delayed reaction to his ED diagnosis, which is resolved, and Quinn’s betrayal of Carter, means that this marriage is dying.

The Bold And The Beautiful Spoilers – Why Not Take Donna Logan’s Advice?

Donna cares deeply about Eric. She loves him, has told him so, and recently asked an ultimatum question.

Why is Eric still with Quinn? It is time for him to leave her because whatever feelings they once legitimately had for each other have faded.

Donna’s ask of Eric, where she suggested that he should leave his wife so they could reunite, is honest. McCook’s character appears to be comfortable with the status quo. He wants Quinn for show purposes and Donna as a backup plan.

Eric has often been referenced in reverent terms. And yes, he has been the noble soul on many occasions, especially with Quinn in recent years.

However, not telling his wife about his ED diagnosis was wrong. With all due respect to his feelings, Quinn’s subsequent outpouring of compassion reinforced that she truly does care for him.

Quinn was also willing to remain committed to Eric after he unfathomably endorsed her continuing to cavort with Carter. That implied Eric wanted to get rid of Quinn, rather than him being protective of her best interests. 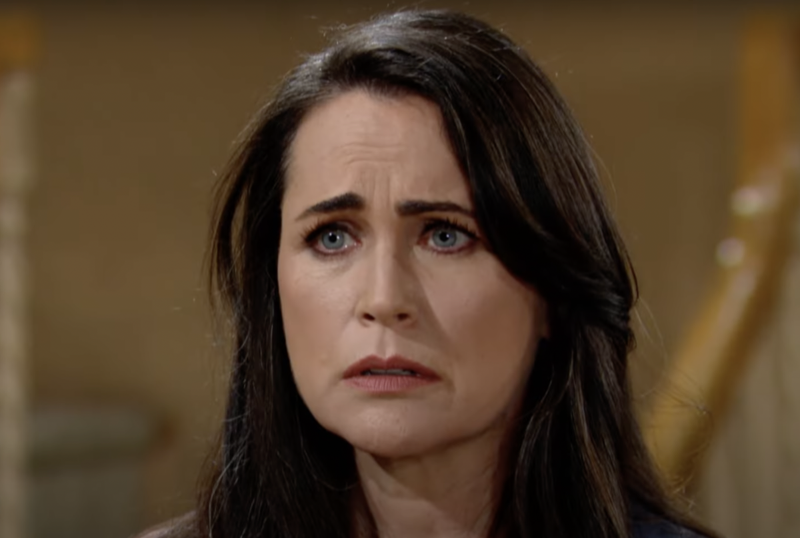 Caarter Walton On The Clock

Paris would probably marry Carter this month if he suggested it. Despite her feelings about Grace Buckingham’s (Cassandra Creech) interference, Paris’ mother may still influence the timing between an assumed engagement and the proposed wedding date.

Grace’s harassment charge that she made to Ridge Forrester (Thorsten Kaye) should play out as bogus, as Paris has pursued Carter. Hopefully, Saint-Victor’s character does not suffer further career damage because of Grace’s impulsive report to Ridge.

Besides the above, Carter appears to be on the clock. Quinn will explode if she learns how Eric has been spending his time.

Quinn seems destined to at least separate from Eric, if not divorce him. So, the only question is the timing of when that happens. That parallel dynamic is likely to impact Carter’s decision and romantic choice.