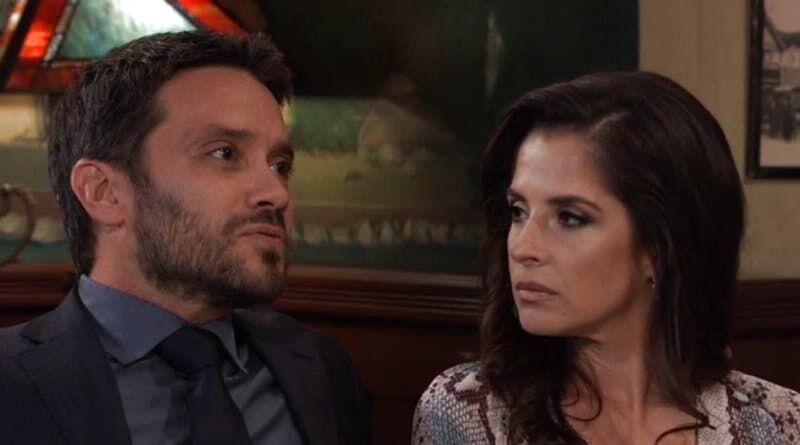 General Hospital (GH) spoilers and updates tease that Sam McCall (Kelly Monaco) and Dante Falconeri (Dominic Zamprogna) will have some questions in an upcoming episode of GH! Is Cody Bell (Josh Kelly) really what he appears to be?

Dante knows Cody from years ago, as a childhood friend in a summer camp; but people change over the years, how does he even know who he might be now? There’s an excellent possibility he could have grown up to be a criminal, a mob member, a drug dealer, or even a sexual predator! Cody doesn’t seem to be the type to be into all those horrible things, but on the other hand, what if he’s a DVX spy, or someone working for Victor Cassadine (Charles Shaughnessy)?

There’s no better cover for a spy or someone undercover than to appear to be the opposite of what they really are! Someone obviously is making that point clear to Dante about his childhood friend, so he and Sam decide to interrogate him a little bit!

Several people are suspicious about Cody, especially Britt Westbourne (Kelly Thiebaud), but then he did land on top of her and drag her into the pool! Cody’s been talking a lot about the Metro Court being the enemy because it’s a corporation and telling Britt to take back her power but it sounds like a dodge. Britt has been making complaints and calling lawyers so of course Cody is being made to look suspicious and drawing attention! However, it seems like something is going on behind the scenes because the people that hired him are very suspicious, and Dante and Sam have to investigate. If they don’t investigate privately first, Dante’s afraid his friend will be someone he has to investigate as a PCPD detective for real!

General Hospital Spoilers – Cody Bell Seems To Have No History

Dante and Sam do some cyber sleuthing and find Cody seems to have no history between when Dante knew him from summer camp up to recently. That seems very suspicious even though Dante definitely recognized him and he recognized Dante; Dante wants to talk to him before Sam gets involved to see why. He can ask those questions about what he’s been doing between summer camp and recently, without arousing his suspicions that he’s being investigated behind his back. 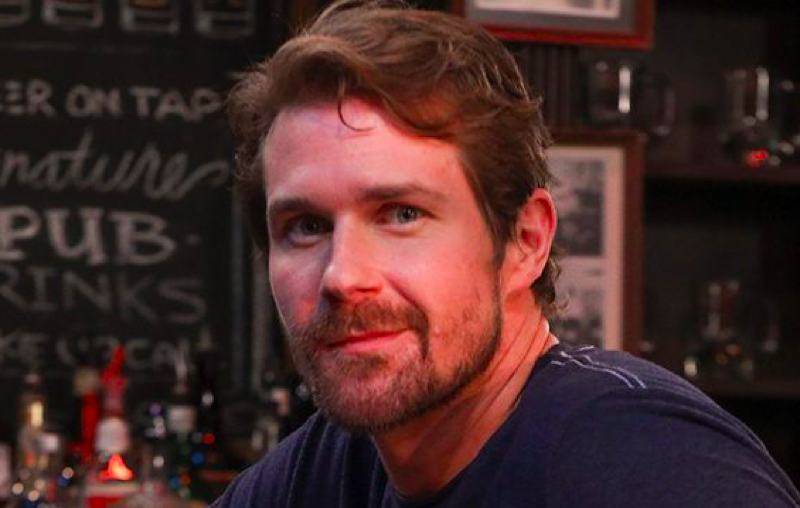 Dante wants to make sure that he’s really Cody although he’s pretty sure he is – but these days, one never knows when one hasn’t seen a friend for many years! But usually, in identity theft, people don’t steal your whole face, just your financial history!

So Where Were You All These Years, Friend?

Dante asks Cody where he’s been all these years, what he’s done, where he’s lived; he’s already told him he’s been a skydiver and a cowboy! He asks him if he knows anything about the suspicious person who hired him for the Society Setups event, the red-headed lady that gave Britt freebies. He tells him all he knows about Zelda Telesco (uncredited) has she shorted him five hundred dollars and he was there when Zelda gave Britt the freebies to shut her up! Cody tells Dante he was in the military for a while and that’s how he learned to skydive, but the details he gives are very vague! Dante meets with Sam later and tells her they’ve got a lot of deep-dive detective work ahead of them!