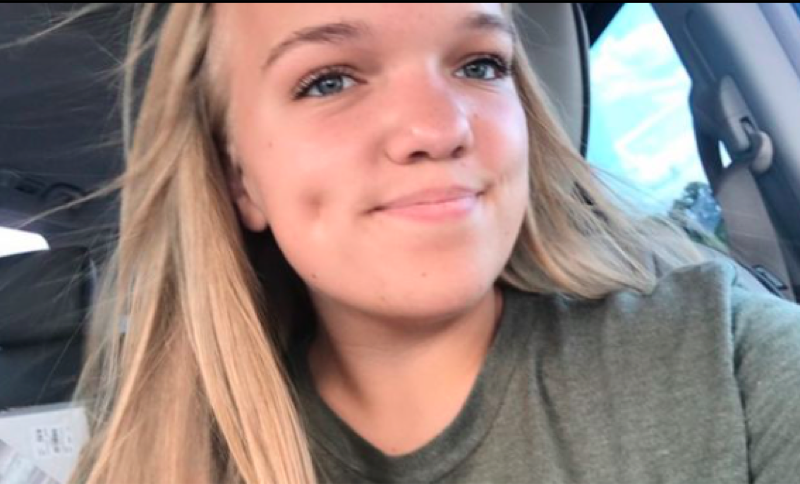 7 Little Johnstons’ mom Amber Johnston married Trent and looked forward to starting a family. Well, along came Jonah, and he was followed by Elizabeth (Liz.) After that, she stopped making babies, and instead, they adopted Anna, Emma, and Alex. Well, Trent did talk about the reasons for adoption at one stage. Now, Liz graphically showed exactly why her mom stopped falling pregnant.

TLC fans like Liz a lot. She seems like a happy person and she’s very much in love with her boyfriend. A while back, fans saw that Brice Boden faced a lot of hard questions from her friends. All of them want to know that he’ll be the right sort of man for the TLC star. Well, he passed muster, but in the show, fans also know Trent and Amber want them to slow down. After all, she still has her life to live and it’s hardly the time for her to start breeding babies as her mom did.

7 Little Johnstons star Amber was born in 1979, so when she married Trent in 1998, she was 19. She waited two years before they welcomed their first child, Jonah. So, she was the same age as Liz when she had her first pregnancy, Perhaps they want their daughter to enjoy her life a bit before she deals with a baby. After Liz, her mom stopped her own pregnancies and that’s when they adopted Anna. Actually, Trent felt relieved because he worried about Amber when she carried her own children.

Liz Johnston posted up a throwback photo of her pregnant mom and said that she loves her. If you don’t know, TVOvermind reported that “Jonah was delivered at 35 and a half weeks because there was no room left in Amber’s torso for him.” With Liz, she suffered from the dislocation of her hips. In fact, she was larger around her girth than she was tall. So, it wasn’t easy for her to carry a child. In fact, she measured “51 inches around at her largest pregnant size, but still only 48 inches tall.”

7 Little Johnstons fans couldn’t comment on the Instagram story that Liz shared. However, it does show that carrying babies when you are born with dysplasia can be rather harrowing. Still, Amy Roloff conceived three times, and the Little People, Big World star produced four kids. She struggled with fertility issues, as so many little people do. Perhaps that’s why there are not many more little people on the planet.

What Are Your Thoughts On Amber Opting For Adoption?

Had you seen the photo of the 7 Little Johnsons star before she started adopting children? Do you agree that it must have been very hard for Amber Johnston to carry babies when her girth exceeded her height? Sound off in the comments below.

Be sure to catch up on everything happening with the TLC right now. Come back here often for more 7 Little Johnstons spoilers, news, and updates.