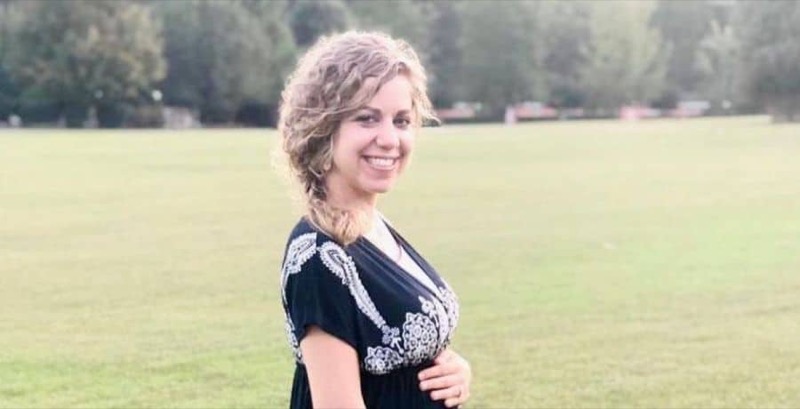 Counting On fans predicted that John and Abbie Duggar would welcome a baby in 2022. Whilst you might think that any Duggar pregnancy is easy to predict, they turned out to be spot-on with Abbie who now expects their second child. The couple already welcomed their daughter, Gracie, who turned two in January. Actually, Abbie battled with hyperemesis gravidarum during her first pregnancy, so perhaps she waited until Gracie was a bit older before conceiving again. Now she confirmed her pregnancy and revealed the gender of their next baby.

Back In  February Counting On Fans Thought Abbie Duggar Was Pregnant

When John’s wife delivers her baby, TLC fans can probably expect to see the occasional photo of their second child. Actually, they do show the face of their daughter, Gracie, unlike John’s sister Jinger. However, they seem very private and seldom post photos of the family.

When they do share photos, fans adore seeing their little girl. Super-cute, she gets a lot of comments. No doubt, their new child will also be seen on social media from time to time. Actually, the couple kept her pregnancy a secret for a while, but fans already suspected that baby number two was on the way.

Counting On fans first became suspicious when a fan of Katie Joy of Without A Crystal Ball leaked a photo of the couple at Rhea Lana’s presale event in Arkansas.” Because Abbie sat in a wheelchair, some folks thought that she might be pregnant and struggling with hyperemesis gravidarum again. Well, it turned out they were correct about the pregnancy.

Counting On Alum Abbie Reveals The Gender Of Baby #2

On Mother’s Day, 2022, Abbie and John shared a photo of her with their little girl, Gracie. In the caption, they said, “To the little girl who calls me Mommy and our little boy due in late summer, I’ll love you forever! 💖💖💖”

The fact that they confirmed her pregnancy and named the gender seemed very apt for Mother’s day, TLC fans agreed. Of course, the lucky child will be a boy, so no doubt he gets to live a much happier life than the little girls in Jim Bob’s clan.

Fans React In The Comments

Counting On fans saw that Bringing Up Bates alum, Josie Balka posted, “Congratulations!! So happy for you 😍.”

TLC fans also had their day and one of them wrote, “Congratulations to you and John and big sister 💝💙🍼🍼👶🏻👶🏻.”

This comment also arrived: “Congratulations! Hoping you’ve escaped HG but here for you if you haven’t. 💜”

Well, one reply suggested that she is suffering from it. Possibly that came from the original post of her being seen in a wheelchair.