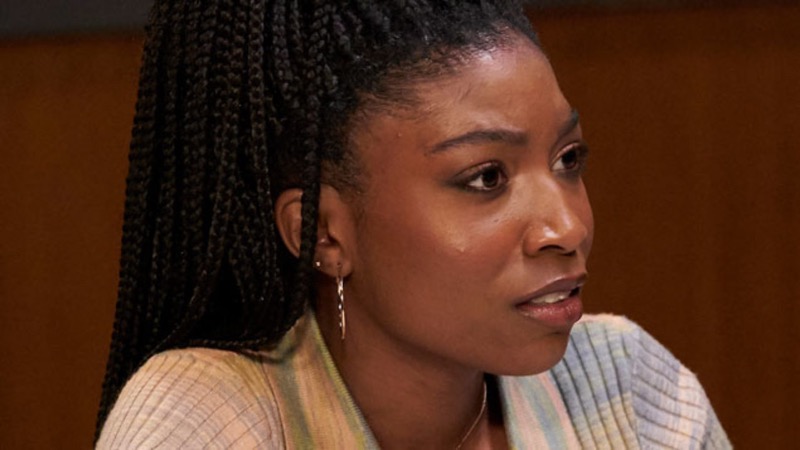 General Hospital (GH) spoilers and updates tease that Trina Robinson (Tabyana Ali) will consider her options in an upcoming episode of GH!

Esme then put the cell phone, identical to Trina’s, in Trina’s purse and then called the PCPD tip line anonymously to report she saw her uploading the video! Even Port Charles Police Commissioner Jordan Ashford (Tanisha Harper) believes Trina is innocent, but she had to arrest her because of the evidence, planted or not!

General Hospital Updates – Trina Robinson Something To Prove Her Innocence

Short of proving Esme’s guilt, Trina needs something to prove her innocence, or at shed reasonable doubt on her guilt even though she is still far from her court date! Unbeknownst to her, Spencer is also trying to prove her innocence and find evidence of Esme’s guilt, which if he would tell her Trina might feel better. But all that does no good as long as there is more evidence of her guilt than there is of Esme’s guilt, however circumstantial it may be. Trina feels like she’s trapped in quicksand, the more she struggles to get free the deeper in trouble she gets and there’s nothing in sight to grab on to!

Ava will have an idea that she thinks will work to con Esme into an admission of framing Trina, but it’s a little deceptive.  She will need to convince Trina that one has to fight fire with fire sometimes, and that means using someone’s manipulations against them. Trina could think of it as going undercover, in a way, and playing a part, as Ava is sure her dad Marcus Taggert (Réal Andrews) has done many times.

Ava tells Trina to flirt with and cozy up to Spencer and she thinks it will get under Esme’s skin enough that she’ll slip up and confess. People tend to say too much when they get nervous, sometimes even in denial the body language is very telling, but she’ll need to make Esme panic! 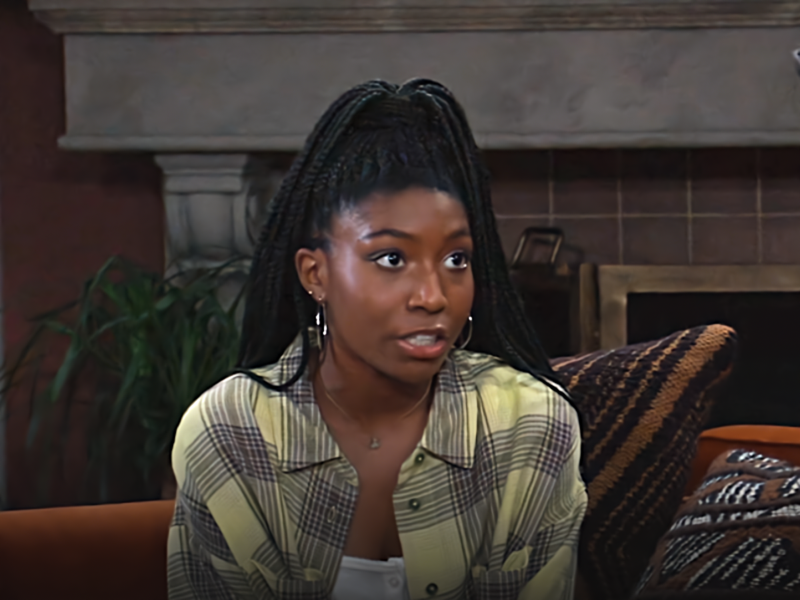 Trina naturally resists the idea, even when Ava couches it in terms of “going undercover”! She feels like she’d be using Spencer to trip up Esme, and it could make her look bad to Spencer. Trina hints that she actually has information that could help her case if she could be sure it wouldn’t get Spencer in trouble – that encounter in the cemetery.

Of course, she doesn’t realize that Victor Cassadine (Charles Shaughnessy) arranged that so Spencer could visit his mother’s grave, and Victor doesn’t much like Esme himself! For now, Trina doesn’t like that plan but Ava will continue trying to think of something to get the heat off Trina!