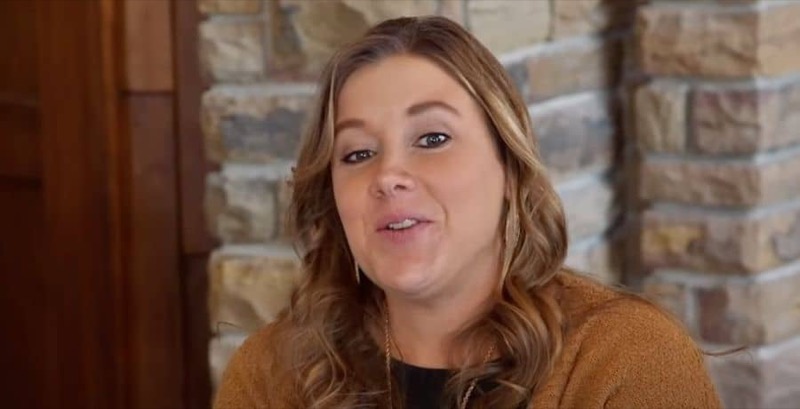 The Duggars spoilers and updates tease that Anna Duggar has a surprisingly low net worth despite being part of the TLC series for more than a decade. A recent report by Exact Net Worth revealed that she only had a net worth of $60,000.

The Duggar family rose to fame when their show 19 Kids and Counting debuted on TLC. Anna and Josh met in 2006 and she became one of the mainstays until the show was canceled in 2015 following allegations that Josh sexually assaulted some of his sisters and a babysitter when they were young.

Anna continued to appear on the spinoff, Counting On. Unfortunately, the show was canceled because of another scandal, which still involved Josh Duggar. Anna has been on reality TV for several years but she only managed to save a little. With a net worth of only $60,000, how will she manage to make ends meet now that Josh is behind bars and she’s left alone to take care of their kids?

Given all the scandals that Josh has been involved in, it’s no surprise that his net worth has dropped significantly. The reality TV star, who’s now in jail and awaiting sentencing after being found guilty of child pornography, has an estimated net worth of $50,000. This figure is expected to continue to drop as he still needs to cover his legal obligations.

Anna’s Homeschooling Of Kids May Be In Jeopardy

Now that Josh is in prison, many fans are wondering if Anna has started to look for a job to support their kids. According to reports, she got a degree from an online Christian college program.

Even though her formal education remains to be unverified, she’s mainly using it to homeschool their seven kids. However, if Josh gets out of prison, she may no longer be allowed to continue.

Fans know that the Duggars homeschool their kids and Josh and Anna chose to follow this practice. But this may be stopped if Josh gets released. The Coalition for Responsible Home Education said that in Arkansas, households with registered sex offenders are prohibited from conducting homeschooling.

Given Josh’s crimes, he’s now considered a sex offender. If he gets out, their kids need to go to a public school or be homeschooled by a different family member.

Be sure to catch up on everything happening with The Duggars right now. Come back here often for The Duggars spoilers, news, and updates.

The Bold And The Beautiful (B&B)Spoilers: Could Quinn And Eric Find Love With Others?