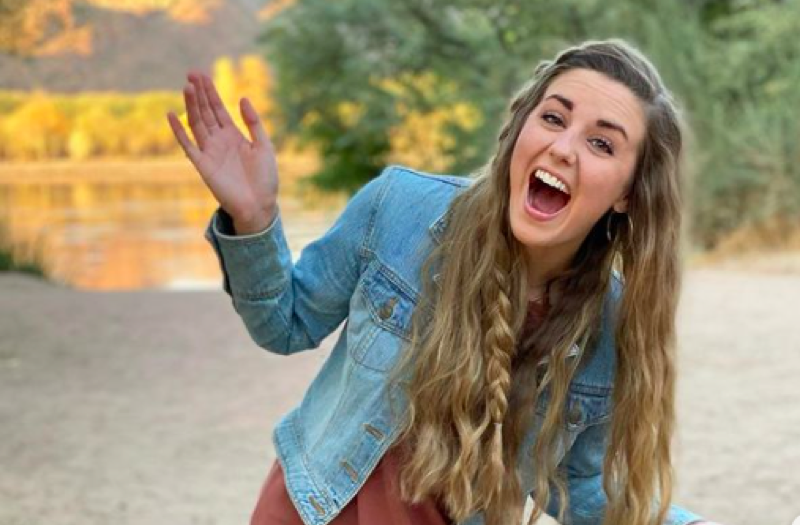 Counting On alums Jedidiah “Jed” Duggar and his wife, Katey, told their TLC fans in September, that they expected their first child together. At the time, they’d been married just a few months. Well, the announcement caused a bit of controversy with critics, but time has moved on. Now they are excited because their baby is due any day now.

TLC canceled the show after the arrest of Josh Duggar for child pornography. However, many people still follow the Duggar family. News about babies and the extension of the massive family keeps fans hooked on their social media platforms. Jill Dillard waits for her rainbow baby to arrive in 2022, and she expects another boy. This time, fans pray for a healthy full-term baby. The very sad part about the last pregnancy is that she and Derick already told their boys about the pending sibling when the miscarriage happened.

Counting On fans heard that Jed Duggar and his wife Katey (Nakatsu) also expect a child. Backlash arrived because fans felt that Jed was insensitive. When the announcement arrived, People Magazine reported on what made people angry. The outlet noted, “Jed used a winky face emoji as he wrote alongside the post: “She tested positive, but not for Covid.” Anyway, a lot of fans still hang on for more news about their child. Many of them were happy that the newcomer will also be a boy.

On April 26, Jed took to his Instagram account and posted up an amusing photo. In it, Katey posed next to a “Bump” traffic sign. TLC fans thought it looked quite funny, as traffic passed by next to her. Displaying her big bump, she clowned around for the camera. Certainly, it looks like Jed Duggar married a woman with a great sense of fun! Jed’s sister Jill Dillard loved the photo and said, “Haha this is so cute!”

In his caption, the Counting On alum wrote, “Baby boy coming any day! We can’t wait to meet you, little guy!! 🤗❤️👶🏼” Plenty of fans also reacted to the post. Here’s a small sample of what they said: “

What a cute picture. So excited for you guys!!

How cute! So excited for her baby boy!

Other baby Rumors In The Duggar family

Counting On fans suspected back in early April, that Jinger, Jeremy Vuolo’s wife might also be pregnant with another child. The couple already raises Felicity and Eve. The rumors started when a photo of Jinger appeared on social media where she posed in an old dress she wore when she expected her second child.