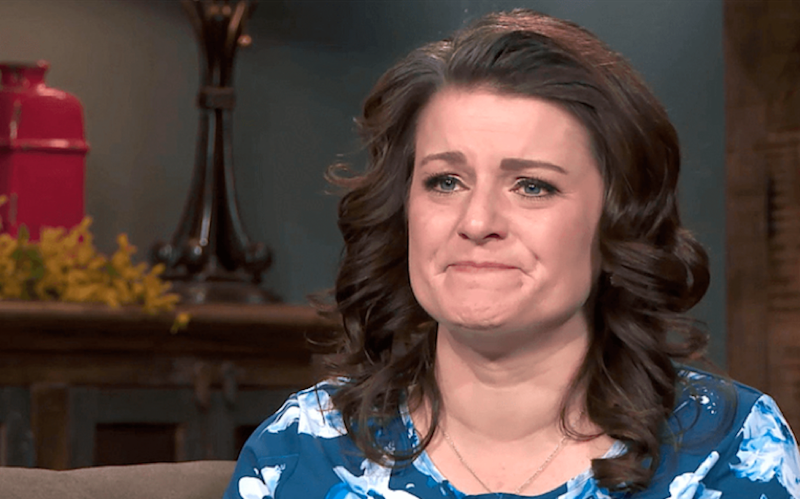 Sister Wives spoilers and updates came on April Fools Day, and most people know that a lot of fake news stories emerge on that day every year. Mind you, this year wasn’t so bad as people on social media aren’t in the mood for it. It seems that the pandemic made a lot of people lose their sense of humor. Nevertheless, one story about Kody Brown has now sparked a theory that Robyn might have had twins.

Christine Brown left Kody and moved to Utah and fans saw the lead up to that play out in Season 16. Actually, speculation that she would leave him came even before the official announcement that she made on social media. Spoilers suggest that in Season 17, fans will see her actually get out of Flagstaff. In the meantime, plenty of rumors about Kody started way before the recent story on April Fools Day. They involved the fact that Robyn might be pregnant and that Kody might bring in new wives.

These days, Sister Wives fans know that Christine lives her best life in Utah and she seems excited about the future. In fact, she landed her own cooking show called Cooking With Just Christine. Additionally, she gets to spend a lot of time with her grandchild, Avalon. But what about Kody? Is he as over polygamy as he made out during the three-part Tell-All for season 16? The new theory about Robyn producing twins grew out of a story about him possibly replacing Christine with two wives.

The Hollywood Gossip put out a story on April Fools Day that suggested a leak told them that Kody wanted a new wife. However, he found two women who seem like likely spiritual wives., In fact, the article suggested that fans might see it play out in Season 17 of the TLC show. However, right at the end, the outlet wrote, “HAPPY APRIL FOOLS DAY!” Actually, not everyone stuck with it to read right until the end. One Redditor suggested that Kody didn’t find two new wives, but could have gotten to new women if Robyn had twin girls.

Some Sister Wives critics slammed the author of the post for not reading to the end of the story. However, in fairness to them, rumors about more wives have been around for a while now. Additionally, rumors that Robyn might have fallen pregnant also came from the show when Kody spoke about wanting more kids in season 15. Therefore, a theory that Kody didn’t find two wives, but sired two baby girls isn’t all that far out of the left field.

More People Add To The Theory Of Twins

In the post about the Sister Wives twins, another fan replied in the comments. They said, “Someone already posted the article in here, but basically the newest news is theirs 2 new women in Kodys lives.. but I bet it’s not actual women, I bet Royben had twin girls (sic).” Clearly, the post has already started generating rumors about twins in Robyn Brown’s life.

What are your thoughts? Do you think that Kody might really have two more wives lined up? Or, is it possible that Robyn did fall pregnant and delivered some twins for Meri to dote on? Sound off your feelings in the comments below.

The Young And The Restless (YR) Spoilers: Victoria’s Plan Is Ingenious – Ashland Fooled Or Not?