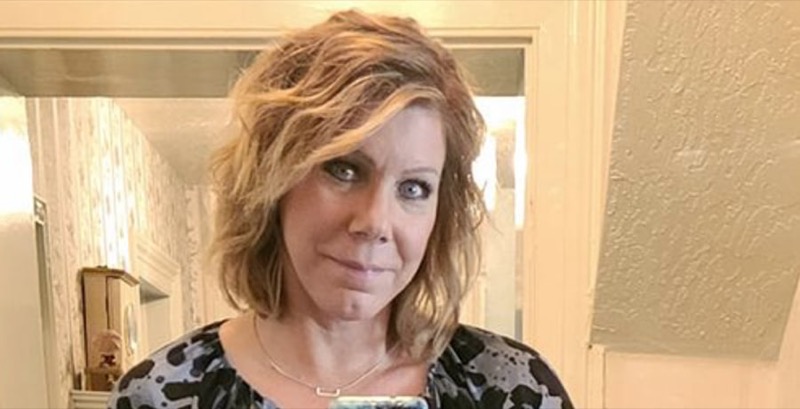 Sister Wives spoilers and updates tease that in the most recent installment of Fridays with Friends, Sister Wives star Meri Brown sparked some concern among her faithful who believe that something’s been off about the reality TV star lately.

As viewers know, all the Sister Wives cast have had their fair share of reasons to stress, as of late. Some of those fans are worried that Meri may be looking for new ways to cope. Continue reading and we’ll fill you in on the details.

There have been many changes in the Sister Wives family dynamics lately and fans are wondering if the changes are affecting Meri Brown in a bad way. Following the most recent installment of her Instagram show Fridays with Friends, fans began to point out that she seemed to be acting strangely.

The concern grew dramatically when fans began to notice the TLC star slurring her words. It wasn’t just the slurred words, however, as fans also noticed that the reality TV star was behaving erratically and unfocused.

Fans didn’t just notice that Meri was slurring her words as if she was under the influence, they also realized that the TV personality was behaving bizarrely and remarkably out of character for her. 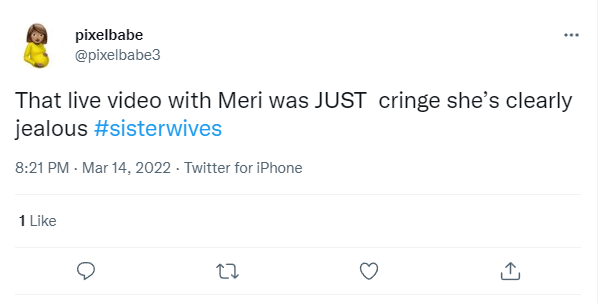 Sister Wives Updates – Could Meri Brown Have Been Drunk?

It didn’t take long before TLC fans began to comment on Meri’s strange behavior with some claiming that she appeared intoxicated. In the video, that has since been removed from Instagram, Meri starts off saying, “Happy Friday! We are here to entertain you!”

Seemingly unsteady, Meri says a song came to her mind, and then she started singing, “Let me entertain you,” before telling her viewers that she was “just kidding.” According to Soap Dirt, this now-deleted Instagram video comes just a few weeks after rumors arose of another Sister Wives split looming.

Will Meri Brown Join Christine Brown Off The Reservation?

Since Kody and Christine split, Meri has kept a distance between herself and Kody, and some think it suggests that perhaps Meri is looking to join Christine and ditching her husband. Currently, Meri and Kody are just “spiritually” linked but that wasn’t always so. They were once legally married. That all changed when Robyn joined the fray.

Sister Wives rumors have implied that Kody has been spending all of his time with his fourth wife, Robyn, and hasn’t been spending much time at all with his other remaining wives Janelle and Meri. This is not surprising to many as it was ultimately the reason Christine left the Sister Wives fold. Be sure to stay caught up with your favorite Sister Wives cast member and return here often for more spoilers, news, and updates.