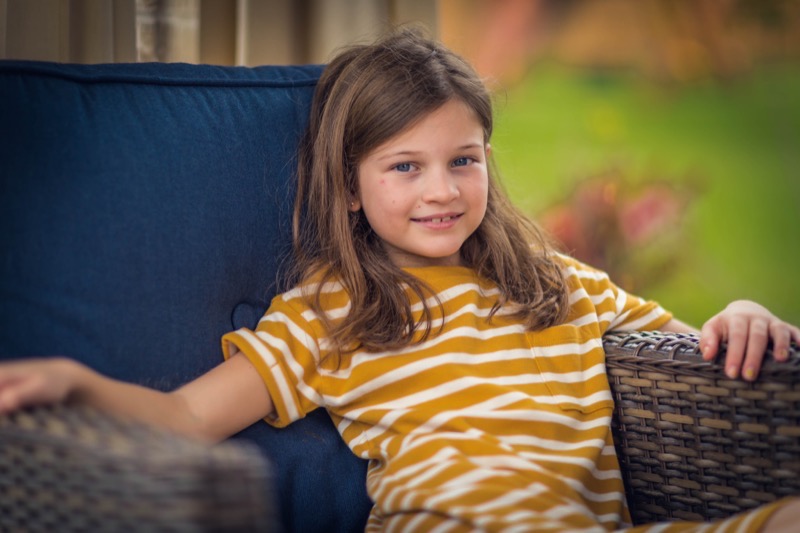 OutDaughtered fans met Blayke Busby seven years ago. At the time, she was just four years old. Well nowadays, her little sisters, Riley, Hazel, Parker, Olivia, and Ava are older than her first debut on TLC screens. She grows into a stunning young starlet with Daniel’s features and hair but Adam’s startling blue eyes. For a little bit, she lost her smile but this week, her mom told fans that she got it back.

Blayke, the eldest child in Danielle and Adam Busby’s family recently celebrated her 11th birthday. Last year, Danielle hosted a blowout celebration as she hit double digits. But, during her 10th year, she also went to visit the orthodontist who fitted some braces. At the time, many fans felt that she was far too young.

The OutDaughtered starlet looked very cute with her braces. Sometimes, dentists send kids to see an orthodontist at a very young age. They identify any potential problems and then keep an eye on things. Now, an update from Danielle revealed that her braces were removed and she got her smile back.

OutDaughtered Star Blayke Gets Her Smile Back

Danielle Busby took to her Instagram on April 28. There, she posted up two photos of her daughter. One of them, clearly taken at the orthodontist, revealed her standing next to a chalkboard that said “Check out this the smile!” Meanwhile, in another photo, she posed with her mom and smiled sweetly for the camera. Notably, she does have two gaps in her mouth, presumably where her adult teeth will emerge. Danielle said in her caption, “big day for my girl! notice anything at different??” Next,  she sent Dr. Smith her thanks for a job well done.

OutDaughtered fans were once again struck by Blayke Busby’s beauty. One of them exclaimed, “she is a beauty.” They added, “can’t wait for your show to come back on. I hope it is?”

Meanwhile, other fans discussed how much she looks like her mom’s mini-me, only she has her father’s eyes. Plenty of comments simply consisted of hearts, clapping hands, and fire emojis. Meanwhile, one fan gushed, “gorgeous. Time flies. Wow!”

Some OutDaughtered fans envied  Blayke Busby. This comment arrived: “wish mine could come out too. You look beautiful…with or without braces.” Meanwhile, another person noted how she looks completely different without her braces.

Some TLC fans hope that the attractive young star won’t have to have braces again in the future. Quite a lot of people commented that perhaps when her new adult teeth emerge, she might need more orthodontic treatment.

Hallmark Channel News: A Tail Of Love Is All About Rescuing Dogs