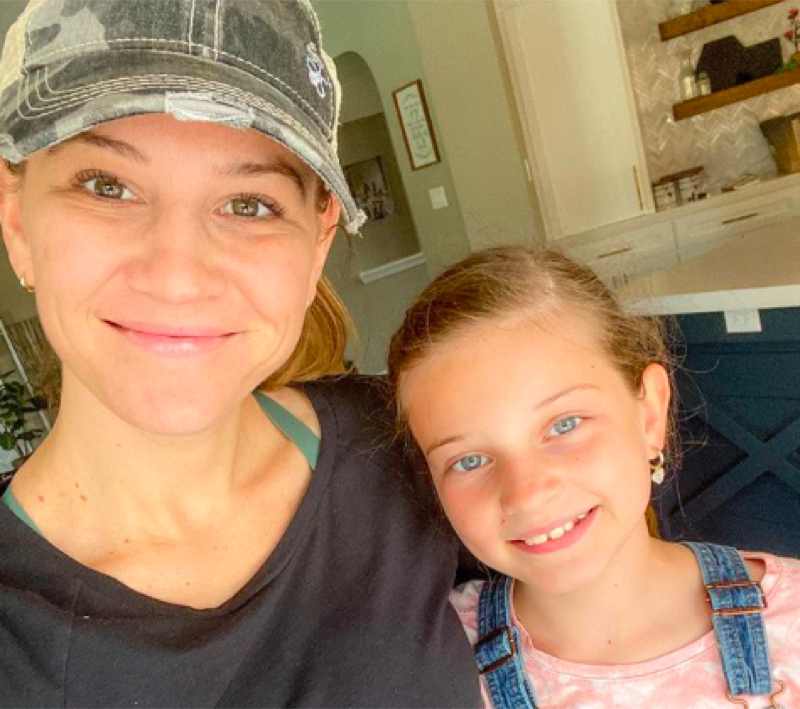 OutDaughtered spoilers and updates tease that about six months ago, Blayke Busby went and saw the family orthodontist. Her dad, Adam felt really sorry for his eldest daughter as she needed two teeth pulled. Now she moved on from that rather painful experience, she just visited the orthodontist again. This time, she emerged with her brand new braces fitted. The TLC starlet can’t stop smiling, but Danielle hated that she waited outside during the procedure.

Something probably changed at the orthodontist over the months. After all, when Adam took his daughter for the extraction of two teeth, he snapped photos inside the rooms. Actually, Blayke looked a bit apprehensive. However, Adam later noted that she “did pretty great.” Perhaps the dentist who pulled her teeth carried out the procedure at a different place. In any event, when Danielle Busby took Blayke for fitting her braces, she stayed outside.

OutDaughtered spoilers revealed that mama bear mode kicked in for Danielle. Taking to her Instagram stories, she sounded quite upset. Danielle said that because of “covid” she couldn’t stay inside. Exasperated, she asked, “when will it all be over?” So she waited it out in the car. Blayke’s mom said she expected the whole thing to take “about an hour.” Fortunately, she took along her laptop so she worked while she waited. When she came out, Blayke showed her mom her braces with red bands.

Blayke revealed in the OutDaughtered spoilers that the procedure didn’t hurt at all. Of course, that’s the first thing her mom asked her. Actually, fans might wonder how much work Danielle did in the car. As soon as her daughter emerged from the building, she turned her camera on her. Fortunately, Blayke suffered no pain, but obviously, it takes a bit of getting used to. She told her mom that they “feel weird.”

Even if the OutDaughtered spoilers don’t show Blayke getting her braces fitted, TLC fans surely notice them in the next season of the show. For now, she smiles a lot and Danielle shared a few photos of her “beautiful” daughter. Blayke turned ten years old recently, so fans might wonder if that’s a bit young for braces. However, these days sometimes kids as young as eight get them.

Sometimes, dentists send kids to see an orthodontist at a very young age. They identify any potential problems and then keep an eye on things. For Blayke, as time goes by, more follow-up visits loom ahead. However, hopefully, none of those bring her any pain. It shouldn’t take too long before Danielle’s daughter has nice straight and perfect-looking teeth.