Bringing Up Bates Spoilers: Carlin Reveals Some Sweet Clips Of Layla And Zade 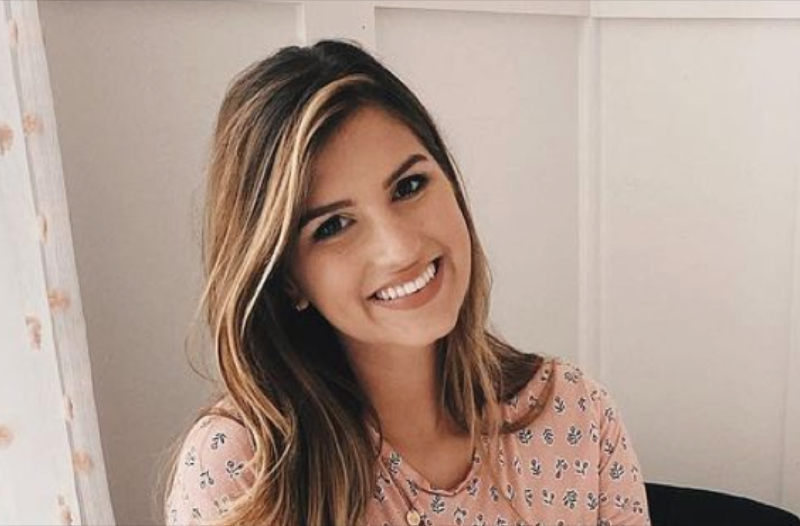 Bringing Up Bates alum, Carlin expected a baby this year, and UPTV fans were thrilled for her. After all, she and her husband, Evan Stewart seemed like dedicated parents to their daughter, Layla. Bringing home a new baby is always a bit of a worry for parents when they have an older sibling. But, it looks like Layla took to her little brother very quickly. This week, Carlin shared some clips of Layla being very sweet with her baby brother.

Fans heard from Carlin way back in November last year, that she expected a boy. Obviously, that seemed to balance out her family nicely as they already raised their little girl Layla. Just like with Layla, Evan and his wife shared a lot about her journey to motherhood. Along the way, they looked for their own home, but they failed. Then, the news came that UPTV dumped the TV show. So, at times, she and Evan seemed a bit down. However, the arrival of their bay made them smile again.

Some Bringing Up Bates critics slammed the couple after the arrival of her baby boy as she withheld his name for a bit. So, critics suggested that she just held out for more social media clicks. However, a few days ago, she revealed that they named their baby boy, Zade Patrick Stewart. Contrary to initial impressions, since criticism came along, she shared many photos and clips of her new child. Now, she revealed some very tender moments between Layla and her brother.

On March 30, Carlin took other Instagram Storied and shared some video clips of her daughter after they took Zade home. One of them revealed that Layla seemed fascinated by her brother’s hair. In another clip, Carlin said, “We survived our first night with two kiddos.” Well, in the photo, Evan looked all tired out as he slept on the bed. Talking about sleepy time, another clip revealed Layla singing a song and rocking her brother in his crib.

The Bringing Up Bates alum also shared some photos of Layla meeting her brother for the first time and fans gushed over the cute moment. One of the first people to comment was Tori Roloff.

The Bringing Up Bates family celebrates Zade. Meanwhile. Little People, Big World star Tori is in her third trimester with her third child. Soon, another cute kid will arrive to fire up some baby fever amongst fans of reality TV.

Chesapeake Shores Gets Renewed For Sixth And Final Season