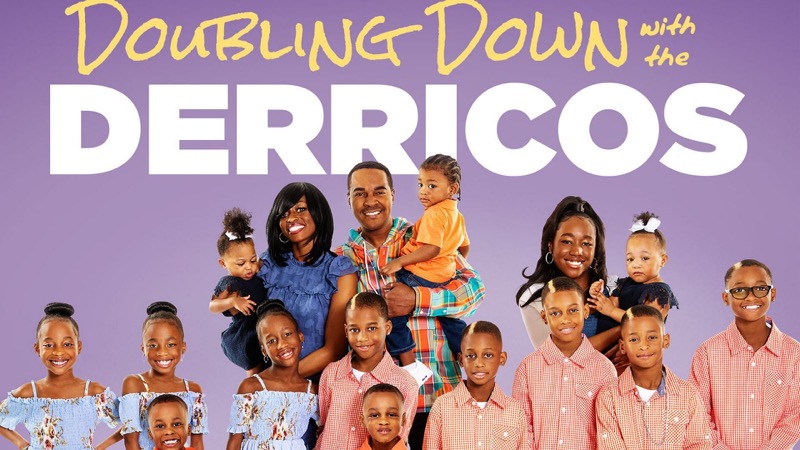 Doubling Down With The Derricos (DDWTD) Season 3 airs at the moment, and TLC fans welcomed the huge family back with enthusiasm. Fans already have trouble remembering the names of all 14 children, and Karen told her fans that one of them is a dancer. Then she asked them to guess which one. Kudos to those who guessed it straight away.

In season 1 of the show, fans saw that Karen Derrico was expecting triplets. Recall, she already had multiple numbers of multiples. By Season 3, fans see that Darian, the oldest, really starts to grow up. Actually, at the end of Season 2, she left home for the very first time and attended a summer camp where she learned art. Well, the kid with dancing ability isn’t her. So, might it be Derrick, Dallas, Denver. Deniko, Dariz, Deonee, Daiten, Daician, or Diez and Dior. Perhaps the latest triplets, Dawsyn, De’Aren, and Dyver show some talent? After all, in Season 3, they are growing up fast and already started potty training.

Doubling Down With The Derricos fans heard in Season 3, that Karen fell pregnant again. However, Grandma GG didn’t dance for joy about it. She feels that enough is enough. Additionally, she can’t really cope with all the stress and she had a scare with her heart health. Anyway, the kids seem very happy in their ever-expanding family. Somehow, Deon and Karen find the time for each child during their busy lifestyle. So, this week, Karen shouted out a dancer in the family.

Doubling Down With The Derricos Dancer

On March 12, Karen shared a video clip of one of the kids dancing. She did note that they don’t own the rights to the music. However, the dance moves are all Derrico! She wrote, “Here’s my next little dancer! She choreographed this herself 💕💕💕 can y’all guess her name???” Well, previously she shared a video of Dallas dancing, so it wasn’t him this time. Actually, he seemed just as enthusiastic as his sister, so maybe the family can start a dancing troupe? If you guessed that Deonee is the current child with a future as a dancer, you’d be correct.

Doubling Down With The Derricos fans seemed very happy to see the happy girl doing her dance and they agreed that she’s very talented. One of them said in the comments, “She is absolutely adorable and SO talented! 🙌👏😊.” Actually, the family isn’t like others where people are often criticized for raising so many kids. TLC fans really took them to their hearts as there is seldom any unhappy drama like the Shemwell kids.  These days, fans enjoy seeing big happy families all getting along with each other.

More comments arrived from Doubling Down With The Derricos fans. A follower enthused, “She did an amazing job!! Wow!! This is so fun to watch!” Meanwhile, others just loved her enthusiasm.

Actually, it might be a lot of fun if the family held their very own talent contest. After all, there are enough people, in the family to make a whole day of entertainment.

The Bold And The Beautiful (B&B) Comings And Goings: A Bartender Serves It Up, Hot Mess Mama Returns