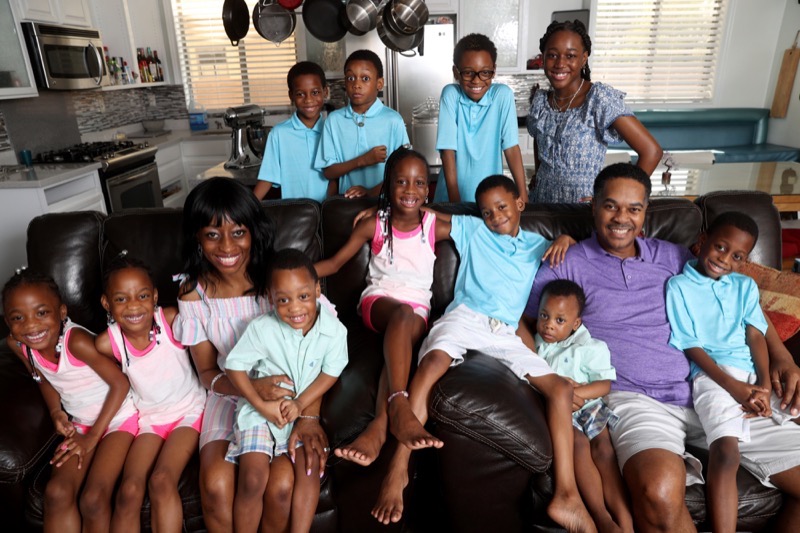 Doubling Down with the Derricos (DDWTD) found a lot of fans in Season 1. So, they were very happy that Season 2 happened. Now that the Season 3 premiere approaches, TLC finally revealed some spoilers in a super-teaser. Fans already heard that Deon and his wife Karen looked at purchasing another property, but there’s much more to the new season than that.

Doubling Down With The Derricos Season 3 Premiere Date

In the last two seasons of the show, fans saw the latest triplets arrive. A lot of attention focused on Baby Dawsyn. Born with a hole in her heart, the sweet kid had surgery. Additionally, she also contracted Covid, Fortunately, these days she is thriving. In the next season, the family struggled emotionally as the four-year-old boy Diez underwent surgery to have his elongated skull reshaped. Well, in the new super-teaser, Karen goes for therapy as she worries about losing kids.

Doubling Down with the Derricos fans saw via Karen’s YouTube, that their oldest daughter Darian went away on her own for the very first time. Karen and Darian seemed very excited as she was about to go to summer camp. There, she would enjoy art, something she seems to like a lot. However, for Karen, it seemed like forever, although the separation was only for three weeks.  So, now that some of the kids grow old enough to think about boys and girlfriends, Karen hates to thank them about that. The show will premiere on TLC on February 22 and fans can see much more.

Doubling Down With The Derricos Teaser Reveals Spoilers For Season 3

If you don’t know, Karen and Deon raise 14 kids. some of them are quints, and there are also triplets and twins. Darian is the oldest at 16. Fans will see her start her driving lessons. Then, there’s Derrick aged 11 and a year younger, the twins Dallas and Denver. The eight-year-old quints are Deonee, Daician, Daiten, Deniko, and Dariz. Next, come Diez and Dior, and finally, 2-year-old triplets Dawsyn, De’Aren, and Dyver.

In the Doubling Down with the Derricos teaser, the family seems healthy with the exception of GG, the grandma of the kids. The teaser notes that Deon is worried because she’s not well, and a few shots of a hospital appear. Additionally, Karen wants to move to Myrtle Beach, but GG’s against it and refuses. Of course, the kids want her around, and Deon is hesitant about moving city kids to the country. Next, TLC fans will see that both Darian and Derrick enjoy dates, which shake their mom as she contemplates the kids growing up and moving away. So, Deon suggests she sees a therapist.

Incredibly, as time passes so fast, Doubling Down with the Derricos fans will see that the triplets start their potty training. Actually, the rest of the teaser shows a very active and fun-filled time. The kids enjoy vacations and plenty of laughter happens in the family. Meanwhile, Diez and Dior start preschool.

The Bold And The Beautiful (B&B) Spoilers: Hope And Steffy Should Be Careful What They Wish For