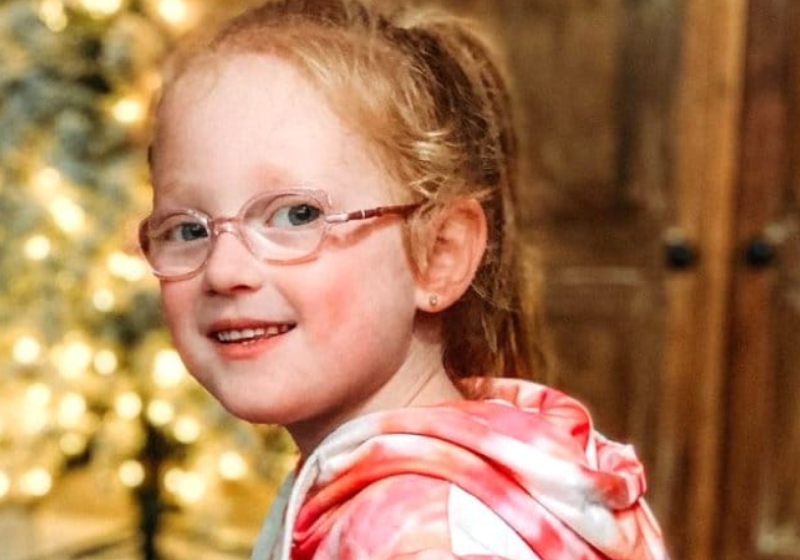 OutDaughtered quint Hazel Busby looks so very sweet with her red hair and her eyeglasses. Lisping slightly when she talks, fans just adore the little girl. Well, they also like her as she seemed so easy to identify, unlike the twins, Ava and Olivia. However, this week her dad, Adam revealed that she has a sneaky side to her and she was caught in the act of smuggling.

This year, the quints all joined their big sister Blayke at the same school in Houston. Now that they are all in Grade 1, the six-year-old kids seem a bit more independent. However, that doesn’t mean that Adam and Danielle can stop watching over them like hawks. Fortunately, when they go to school, it seems that the other kids allow them to just be like normal children and they get their privacy respected.

The OutDaughtered quint, Hazel Busby might have attracted more attention than usual at school if her dad didn’t catch her smuggling stuff out of the house. Once, when her mom Danielle shared about Hazel, she said in her hashtags that her redheaded daughter takes her time, slows down, and enjoys the moment. That came when she said that Hazel’s “spirit animal is a sloth.” Well, it looks like she took her time and plotted her smuggling attempt carefully.

Hazel Busby attracted her dad’s attention as the quints prepared for school this week. From his post about it on October 5, it seems that he noticed her school backpack was bulging a bit too much. So, he checked it out. What did he discover inside? Well, his caption read, “Caught her trying to smuggle 7 animals out the door. 😜”

The OutDaughtered dad shared a photo of Hazel holding all her stuffed toys. Was the sloth that she loves so much in the backpack? Yep, you can bet on that! 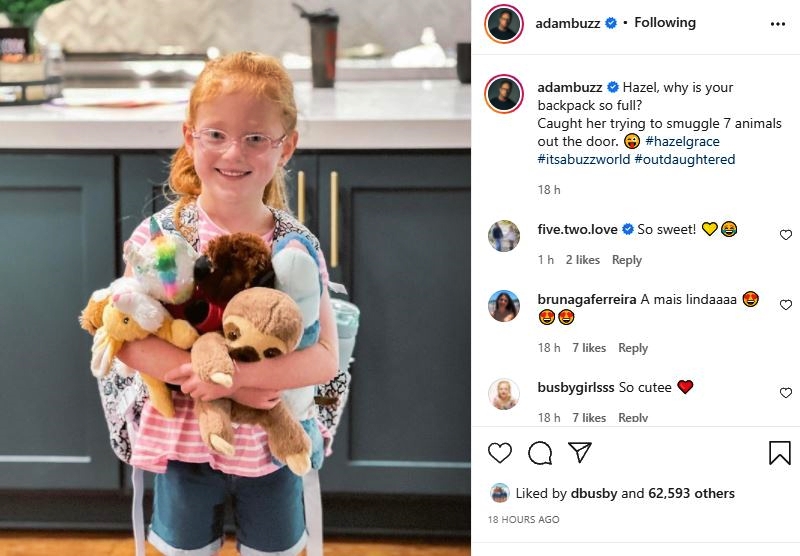 Naturally, TLC fans loved the photo and the story. Actually, in the comments, a school teacher said that sometimes kids take the oddest things to school. In fact, she claimed it wouldn’t be surprising if a kid tried to smuggle in a pet.

Hazel Busby isn’t alone in trying to smuggle things to school. One fan commented, “Hazel your such a cutie! My daughter does the same thing ❤️.” Then another fan wrote, “Oh my gosh this is my 5-year-old every day 😂.”

What do you think of cute Hazel showing her sneaky side? Did you ever smuggle toys into the classroom at school? Sound off in the comments below.