The Bold and the Beautiful (B&B) spoilers and updates tease that Steffy Forrester Finnegan (Jacqueline MacInnes Wood) could not believe her brother was talking intently to a woman their family despises. Of course, Taylor Hayes (Krista Allen) has developed her outlook on Sheila Carter (Kimberlin Brown). But everyone else distrusts her.

Thomas Forrester (Matthew Atkinson) believes that Sheila was wrong to orchestrate Brooke Logan Forrester’s (Katherine Kelly Lang) break from sobriety. As was recently referenced, the bruises Brooke continues to suffer from did not result from a fall off the wagon. Sheila purposely pushed her off from behind, and Thomas is the only other person who knows that.

Wood is set to deliver her third child this spring. She and her husband have two young sons, which B&B fans know impacted Steffy’s character in the past.

No mention has been made of Steffy being pregnant within the storyline. Wood continues to appear on-screen into late March, with those scenes being filmed approximately one month ago.

It is reasonable to believe that Wood will be taking time away from the set for maternity leave. She is likely already recording advanced scenes to prepare for the near future. But there would likely still be a need to address the actor’s coming to leave on-screen.

Steffy learning about Thomas’ connection with Sheila points to Wood’s character learning the secret. A joint decision is likely after Steffy becomes aware of Sheila being responsible for Brooke’s drinking.

Thomas is currently struggling. His mind is heavy, as he wants to tell his dad, and likely Brooke, what Sheila did. But Thomas also does not want to derail the heartfelt revival path that his parents are on.

Steffy would seem inclined to keep this secret from Brooke, but she may want to tell Taylor Hayes (Krista Allen). Thomas has not done that yet, either. 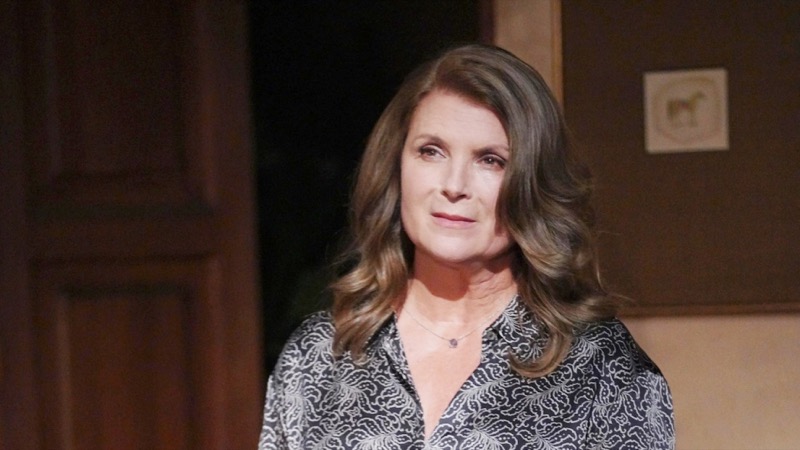 Many references have been made to Sheila shooting various people. So, who would be most likely to become the victim of the next warped act?

Wood has taken maternity leaves in the past. Her next leave period is not known to be confirmed.

The actor is likely already shooting advanced scenes because a maternity leave can happen earlier than expected. Which character is more likely to be negatively impacted by Sheila’s expected reveal than Steffy? But that is pure speculation for now.