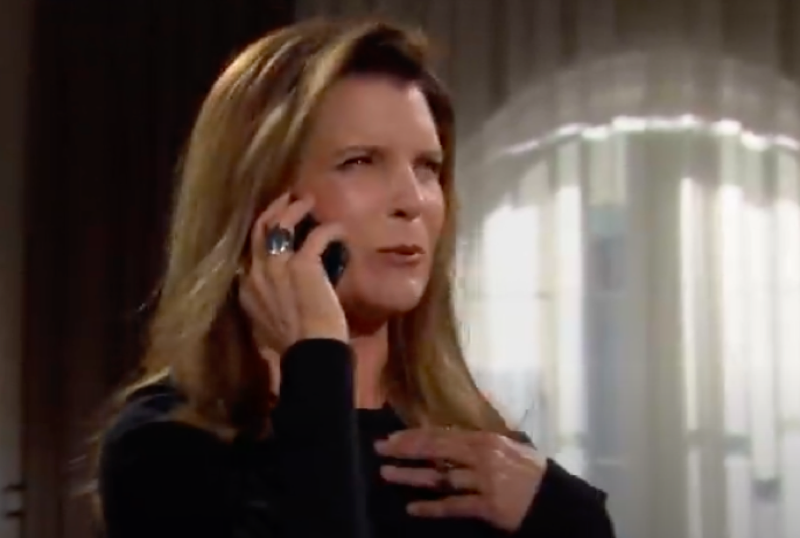 The Bold and the Beautiful (B&B) spoilers and updates tease that Sheila Carter’s (Kimberlin Brown) threat telegraphs impending doom on B&B. So, will this soap’s arguable greatest of all-time villain put another character’s life in jeopardy, or will Sheila be the one to go down?

The Bold And The Beautiful Spoilers – Filthy Alley Confrontation In Daytime

Steffy and Sheila visit the filthy alley where Wood’s character and the viewers saw Thomas Forrester (Matthew Atkinson) recently talk with Sheila. As was true with Thomas, Steffy is fully disturbed by the actions of Brown’s character.

The film’s noir-like setting is perfect. This developing drama is similar to the classic Hollywood crime dramas that were filmed in black and white decades ago when movies were king.

Villains, like Sheila, served as frequent tormentors of characters who were attempting to escape some form of drama. Personal destruction was often the intent of the bad guy or, in the case of Sheila, the bad lady.

The Bold And The Beautiful Updates – Joan Bennett And Dark Shadows

Comparing Sheila to Marie Windsor, Joan Crawford, or Ida Lupino would be fine. But a reference to a fellow film noir queen, like Joan Bennett, is better. Soap devotees know that Bennett went on to play the matriarch of the Collins family on Dark Shadows.

Fans of soaps know that Dark Shadows was a groundbreaking daytime drama that ran from the mid-1960s through the early 1970s. It spawned two-period movies, a brief prime time television revival in the 1990s, and the 2012 major motion picture, where Michelle Pfeiffer assumed Bennett’s role as Elizabeth Collins Stoddard.

B&B does not venture into otherworldly plot lines, like Days of our Lives does and Passions did from the late 1990s through the mid-2000s. But Sheila would certainly play the witch, Angelique Bouchard Collins (Lara Parker in the classic TV series), if it did.

Plenty of characters met dark fates in film noirs and in Dark Shadows. Sheila’s threat to Steffy implies that Wood’s life is in danger because she is threatening to expose Sheila’s moral crime. 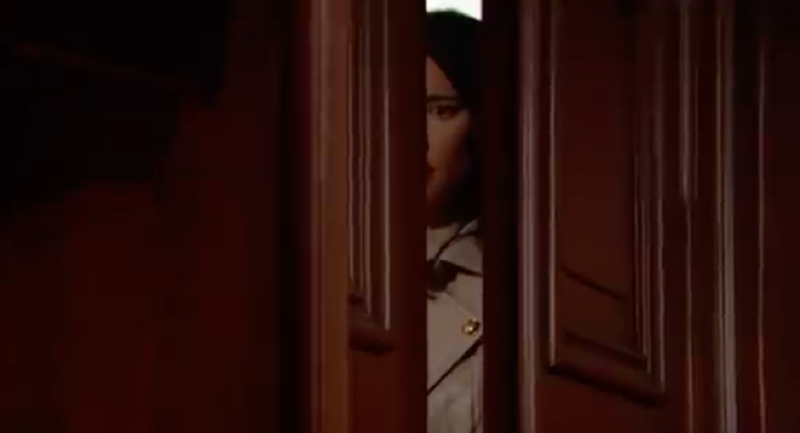 Protecting Family Above All Else

Like her paternal grandmother, Stephanie Forrester (Susan Flannery), Steffy has not spoken kindly of Brooke through the years. However, Steffy’s opinion about Sheila is based on an entirely different calculation.

The Bold And The Beautiful (B&B) Spoilers: Finn Blasts Sheila For Going After Brooke

Steffy will not allow Sheila’s actions to remain hidden. Sheila knows that her tie to Finn could be irreparably harmed if her actions are exposed. Yes, this is good old-school soap, with a touch of film noir.

The Young And The Restless (Y&R) Spoilers: Ashland’s Enemies List Grows – Who Takes Him Down?