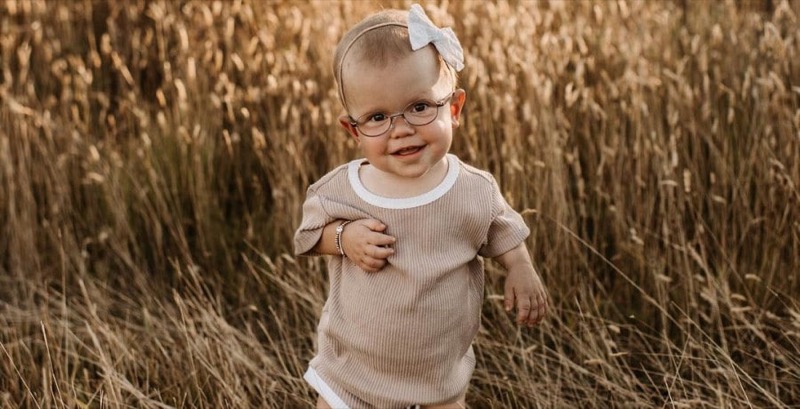 Little People, Big World (LPBW) fans adore Tori’s second child, Lilah Roloff. Like her brother Jackson, there’s no shortage of photos and feedback about her. Additionally, TLC fans get to see the cute kid on the show. She’s quite different from her brother, but her personality definitely seems strong. Now she hit a new milestone, fans gushed over the latest adventure for Matt Roloff’s grandchild.

In January, TLC fans saw that Tori revealed a new milestone for Lilah. She’d recently celebrated her second birthday and she upgraded to a real bed. The cute photo revealed her looking pleased as punch. At the time, Tori said that it felt a bit like a happy moment, but tainted by knowing her baby grows up so fast. Well, soon Tori will have another baby to get all the feels for. So, perhaps it makes it a bit easier to feel okay with her daughter reaching new milestones.

LPBW star Tori shared about Lilah on her second birthday in November last year. At the time, she was the same age that Jackson was when Tori welcomed her daughter. Tori said in her caption, “I can’t wait to see you become a big sister (if the way you take care of your baby dolls is any indication you’ll truly be the best!). Well, she might soon be moving on from dolls judging by the latest update that wowed TLC fans.

Lilah Roloff looked so cute in her new outfit, that many fans just gushed over the sweet girl. One of them wrote, “Are you kidding me?” In her caption, Tori wrote, “Let’s just say she was more excited to wear the outfit than she was for the actual dance class… 🤣🩰💕.” Yes, Lilah attends her first dance class, and fans agreed that she looked way too cute for words. Even Audrey Roloff, who is rumored to feud with Tori couldn’t help but post up a comment. She wrote, “On my gosh ☠️☠️☠️.” And if you think that’s a bad thing, it’s a way of saying in emojis, “I’m Dead!”

Plenty of comments arrived from LPBW fans as well. Here’s what some of them said:

She’s adorable! As a former 2 year old ballet teacher- give it time…she’ll do great!!

Why does she suddenly NOT look like a baby anymore?! So sweet. Dance your heart out Sweetheart. ❤️❤️❤️

Hopefully, Lilah Gets A Bit More Enthusiastic About Dancing

LPBW fans noticed that Tori said that Lilah Roloff preferred wearing her outfit rather than actually dancing. However, as one fan noted, “Same as my granddaughter at 3yrs, she would twirl around until she entered the class and FREEZE!! Kept her in and now at 8, she dances in front of hundreds. 💗”