Can You Believe The OutDaughtered Quints Turn 7 Soon? 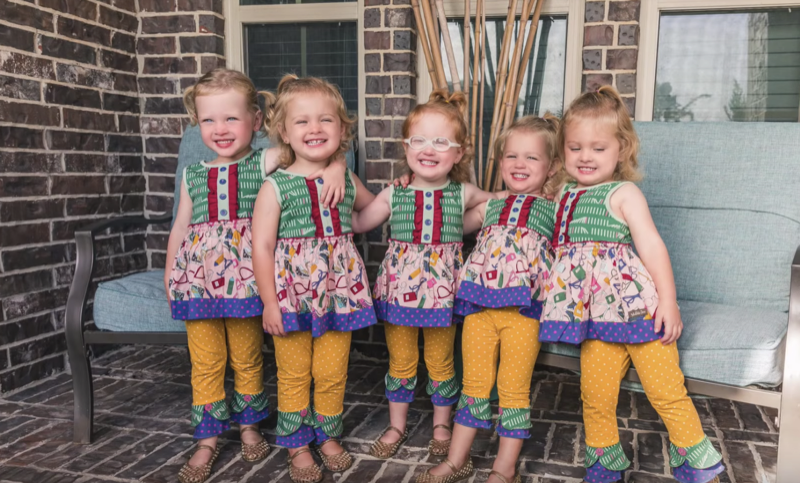 OutDaughtered mom Danielle Busby cannot get over how quickly the last seven years flew by. On March 3, she reminded fans that soon, her quints, Riley, Ava, Olivia, Parker, and Hazel celebrate their 7th birthdays. Well, TLC fans seem equally bemused at how big those tiny babies grew. For them, it feels like just a few months ago, they were welcomed by their big sister Blayke. Bear in mind, fans saw the kids ever since their mom was in the hospital about to give birth to them.

In 2021, Danielle made a huge effort for Blayke who turned 10 years old. Well, it went on for days, with spa visits and more. So, fans wondered if she would do something extra special for the quints as well. Actually, there’s not much time between Blayke’s birthday and the quints’ celebration. But sure enough, the little girls were not overlooked on their special day. Danielle and Adam arranged a nice party as the year before, they were restricted by the covid quarantine.

TLC fans like to see that the OutDaughtered mom and dad teach their kids about social responsibility now that they grow a little bit older. Last year they helped to collect and load up goods for the people in Lake Charles after Hurricane Laura. This year, they helped to plant trees that were ripped out of the ground during the devastation. At the age of seven, no doubt, they carry on learning about the good values to hold in life. Probably, fans will also see them enjoying another special party this year as well. Everyone knows the Busby quints just love a party.

Taking to her Instagram on March 3, Danielle shared a photo of the kids. In the caption, she wrote, “they are just growing up too fast. Life is easier yet so much harder. We are one month away from my little quintuplets turning 7 years old, that’s just crazy to me! Love them so much🤍| Well. it also seems crazy to her many TLC fans.

Here’s a sample of how OutDaughtered fans reacted in the comments of the post:

Omg 7 years old???😮 wow! They’re such beautiful young ladies!
omg ❤️ in my mind they have 2 years old ✨ so beautiful!
Is the show coming back??They’re growing up so fast.
Omg 7!!❤️
Time goes by way too fast! The quintuplets are so grown up. 🥺❤️”

Will The Show Return?

OutDaughtered fans begged Danielle to tell them if they can expect a new season of the show. Well, no word came of any cancellation. So, probably fans will see the quints on their screens again. Actually, there’s a very good chance that they might see them celebrate their 7th birthday.

The Bold And The Beautiful (B&B) Spoilers: Scott Clifton Discusses Top Moments As Liam – Do You Agree?