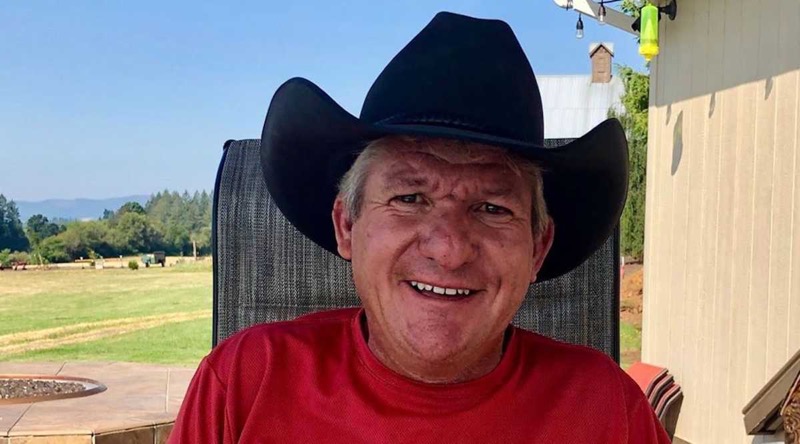 Little People, Big World (LPBW) patriarch Matt Roloff just revealed that he really knows how to keep a secret. Actually, this secret started before the show first aired on TLC on March 4, 2006. If you think you know what it might be, well, you might be wrong. As far as Matt knows, this is the first time he revealed that he has a secret something on the farm in Oregon.

LPBW – Matt Roloff Opens Up About His Secret Project

Fans who visit the farm during the Pumpkin Season agritainment event in October probably think they saw it all. Matt always creates new and interesting projects for the festivities. However, he doesn’t think many people are aware of a project he did way back when. In the past, fans heard and saw all about the trebuchet. Probably, that remains lodged in their minds forever as young Jacob was injured when something went wrong. Then, fans saw that he constructed a wooden plane and in 2020, he revealed the new miniature train. Well, at the moment, he spends some money on new projects.

The LPBW star revealed to TLC fans that years and years ago, way before the show even started, he got an idea. Clearly, agritainment was going to be featured in his future. Either that or he planned something really fun for his own kids to enjoy. However, to get what he really envisaged took years and years as well. Now he revealed it, fans think it really looks so cool.  Some things really grow better over a long period of time. Perhaps this year, when the pumpkin season comes along, he might open it to the public.

LPBW Star Has An Authentic-Looking Tunnel On The Farm

On February 17, Matt shared some clips on his Instagram Stories., Plus, he shared a photo on his main Instagram page. It turns out that he constructed a “coal mine tunnel.” In his video clip and in his caption, he said that he doesn’t really know why he stopped the project, but it seems worth the wait. He added, “Now it’s grown fully into what was envisioned many years ago.” Additionally, he explained that it ends in a trap door up in the barn.

The LPBW star said in his caption, “Never been featured or mentioned on the show (to my knowledge) .. even though it was built several years before the show started. This mine shaft was built and inspired back in circa 1992-93.” Many TLC fans seemed thrilled by the reveal. More came about the backstory when fans questioned what he actually envisaged.

Backstory To The Tunnel

LPBW fans saw in the comments that Matt Roloff loves tunnels. He explained, “Some friends of mine showed me a photo they took while hiking in the very backcountry of Oregon (shortly after we moved here in 1989). I realized I probably would never be able to hike that far into the backcountry to actually see the…(mine shaft where) they took their photo at… soooo I decided at that point I would build the exact thing I saw in the photo.”

Always keen to start a project, he didn’t hang about. Matt noted, “Several months later (1994 ish) we had this 60’ mine shaft. It has a trap door into the floor of the barn above it.” Then, he explained why he stopped access and it related to the film crew needing a safe place to work in the barn. Also, he noted, “This tunnel is not connected to the western town tunnels. It’s a very separate underground tunnel system.”

Be sure to catch up on everything happening with the cast of Little People, Big World right now. Come back here often for more LPBW spoilers, news, and updates.