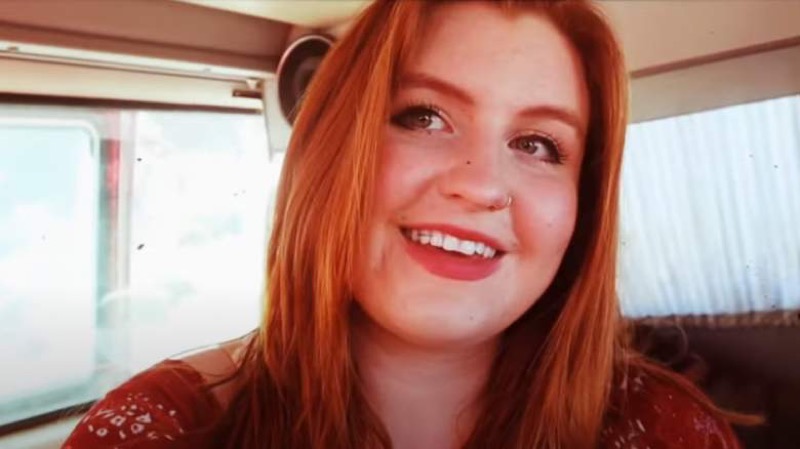 Little People, Big World (LPBW) fans suspected for some time now, that Isabel Roloff’s baby, Mateo might be a red-head. Now, in a new photo, it looks like those suspicions have been confirmed. It came when Isabel actually shared a glimpse of the top of her baby’s head.  If you don’t know, Jacob and Isabel decided to give their child privacy, and go to some lengths to keep him hidden from TLC fans.

When the news arrived that Jacob and Isabel expected a child, TLC fans were ecstatic. After all, Jacob was a fan-favorite on the show. Plenty of people followed Isabel as she documented her journey to motherhood. However, these days her popularity seems to fall away.

At one stage, her posts were attracting up to 35K likes. However, her latest post about Mateo only received 26 comments in a full day. Probably, that’s because she hinted last year, that she might show her baby’s face one day, but clearly, she won’t. At least not for a long time yet.

In January, LPBW fans heard from Isabel about hiding the face of her child and she explained why. It turned out that Jacob seemed against it, as he was a reality TV star as a child. So, he never had the choice as to whether his photo got shared or not. So, they feel that they empower Mateo who can make his own decision later on in life.

Some critics wonder why she bothers sharing any photos of the baby at all, seeing she goes to great lengths to protect his privacy. In fact, the couple took some heat the first time they shared Mateo dressed up in a face-obscuring teddy outfit. Anyway, fans who still care to spend time looking at the faceless baby for hints about him might have just been rewarded.

TLC fans thought Mateo might have red hair when his mom mentioned that she thinks he takes after her. However, until now, that was only speculation. It’s not clear if the lighting in the latest post made his hair look red, but fans seem to think the little boy’s got his mom’s hair color. Actually, the photo looked very cute as an alpaca sniffed at Mateo’s head. One fan commented, “Aw the joy! Mateo’s getting alpaca kisses.”

One LPBW fan noticed that the bit of hair that showed, looked red. They wrote, “Izzy I see fuzz on that baby boy’s head could that be RED like his Mama??? It looks red. ❤️now it could be brown hard to tell come on Izzy who’s he looking more like?” Well, as becomes the norm more often these days, Isabel ignored the fan’s question. Not that the world will come to an end if fans know the hair color or not. After all, the color of baby hair often changes as they grow.