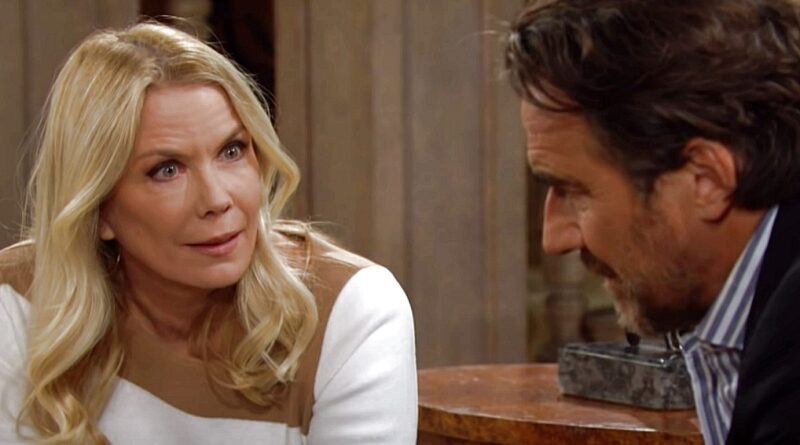 The Bold and the Beautiful (B&B) spoilers and updates tease that Brooke Logan Forrester’s (Katherine Kelly Lang) tremendous mistake broke her husband’s trust. Ridge Forrester (Thorsten Kaye) was angry. But he is also just as disappointed in the woman he loves.

Many people are deeply connected to Brooke and Ridge. Current characters who are entangled in the hard fall that one of B&B’s all-time greatest couples has taken include Hope Spencer (Annika Noelle), her family, Steffy Forrester Finnegan (Jacqueline MacInnes Wood), and the Forresters, along with Deacon Sharpe (Sean Kanan), who took the brunt of Ridge’s rage.

Brooke is angry at herself. She knows that Ridge was right. Deacon is someone she should have kept at arm’s length.

Thomas Forrester (Matthew Atkinson) and Steffy have lambasted their unwanted stepmother. They told her facts she could not refute and piled on with pent-up grudges they harbored for years.

This crash is different than the recorded kiss with Bill Spencer (Don Diamont) that was revealed in the recent past. Rather than some impulsive act, Brooke has been defending Hope’s father for months and then reinforced her protection of him in the aftermath of the mutual beat-down that Ridge and Deacon inflicted upon each other.

Little work appears to get done at Forrester Creations. That workplace is similar to a dorm room, with distractions abounding and plenty of personal issues being discussed.

The Logan’s will close ranks around Brooke. The Spencer’s must stand by Brooke, as she has long been the main focus of their family.

Katie Logan (Heather Tom) and Donna Logan (Jennifer Gareis) are needed, as Brooke will lean on her sisters. Hope, Liam Spencer (Scott Clifton), and the aforementioned Bill, who Katie has refused to reconcile with to date, are additional support system members.

One addition to the above list is Eric Forrester (John McCook), who continues to be close with Brooke. Her first husband will push for forgiveness and encourage Ridge not to give up. 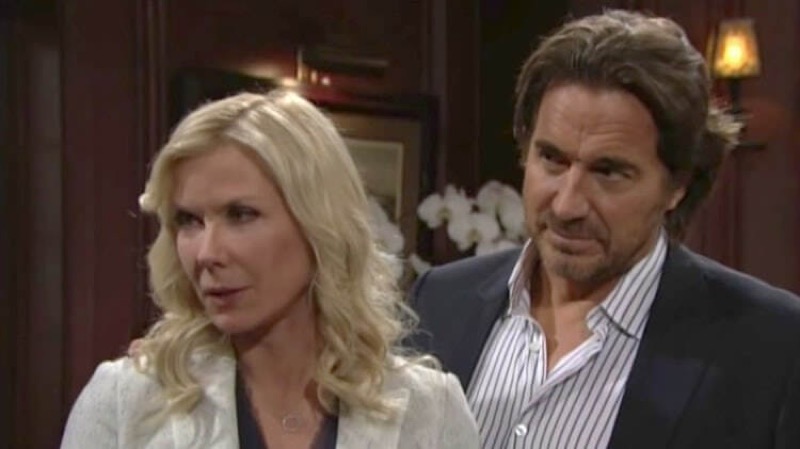 Ridge Forrester Does Not Know What Sheila Carter Did

Ridge appears to be moving toward a reunion with Taylor Hayes (Krista Allen). While she wants the same, the logical part of her brain is protective.

Ridge was hurt by Brooke. Taylor recognizes his pain but does not want to put herself in a vulnerable position. Taylor will need assurances that Ridge and Brooke are officially over, which implies divorce paperwork is completed and filed.

However, a mega wild card remains on the table. Her name is Sheila Carter (Kimberlin Brown), and she is the leading source of the current chaos.

So, it remains possible that Sheila’s diabolical actions will be discovered or admitted through this villain’s exuberance. If so, Taylor could become collateral damage, in one way or another, as well.