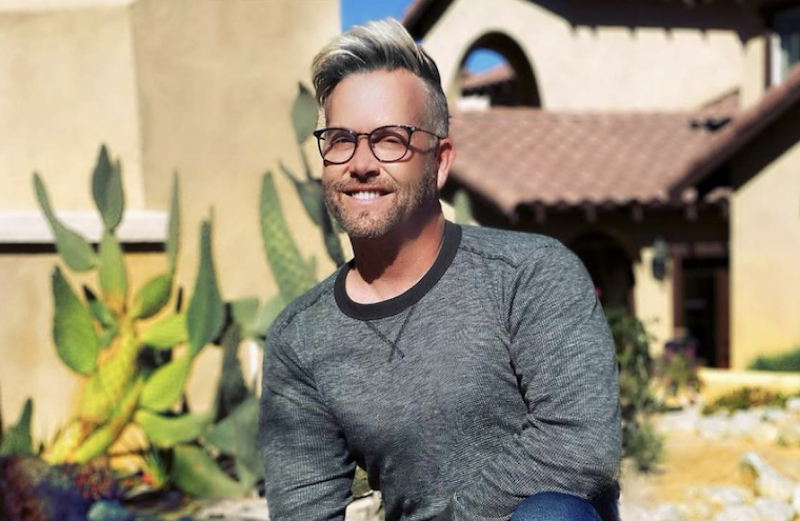 When 90 Day Fiancé fans met Kenneth Niedermeier on TLC he didn’t have a job. Previously, he worked as a property manager. However, he either missed his calling, or he could have a great future as a model in advertising! Of course, fans love him so much they might watch almost any video he posts up quite happily.

TLC fans often comment on social media that Kenny and Armando literally saved the franchise. They loved the way the couple married despite Armando’s dad’s opposition. Furthermore, they saw that Kenny went out of his way to bond with Amando’s little girl. Actually, they seemed like the first genuine couple on the show in a very long time.

Recently, 90 Day Fiancé fans mourned along with Kenny and Amando when their little doggie passed away. The same-sex couple got a lot of love because way too many people seem fake or scripted. So, plenty of people follows them on Instagram. This week, they saw Kenny promo some eyeglasses. While that might sound run-of-the-mill, he did it extremely well, fans agreed.

It’s not often that TLC fans enjoy seeing the cast doing promos. However, when Kenny shared a video about his new eyeglasses, fans applauded. Convincing, looking completely professional, he seems like a natural model. The voiceover seemed much better with Kenny acting the role of a satisfied customer.

TLC fans seemed very impressed with the promo and it sparked a discussion about eyeglasses. In fact, some folks thanked him for sharing, which could actually be a first. One fan wrote, “Wow they are so cool…thank you for sharing.” Then  another happy fan noted, “Ur so adorable I love it!” Meanwhile, others noticed how well Kenny scrubs up and a lot of people said he looks really “handsome!” Of course, it helps that he sports a million-dollar smile as well.

A Missed Calling In Advertising?

90 Day Fiancé fans only wish Kenny the very best in life. Certainly, they seem to like the fact that social media helps him increase his income. Hopefully, they both get lots more opportunities to model great promos to their dedicated fans. Instead of making it boring in his stories with an unconvincing attempt to relate it to his life, Kenny managed to pull the whole thing off superbly.  Ar least, that’s what his fans think. Actually, he has a lot of fans and managed to rack up nearly 400K of them since he first featured on the franchise.

Additionally, it looks like his promo worked, as some people said they planned on taking advantage of the discount voucher for their first order.

Check back with us for everything happening with the TLC franchise. Remember to come back here for more 90 Day Fiancé spoilers, news, and updates.