Hallmark Channel spoilers reveal that there will be a new mystery called Cut, Color, Murder. The Hallmark Movies & Mysteries channel is very excited about this new movie and it features a sexy detective, a murderer, and a hairstylist. This movie has it all, including a beauty pageant!

Hallmark Channel Spoilers – What To Expect

This movie is part of mystery series and it stars Ryan McPartlin and Julie Gonzalo. The movie is all about a hair salon owner who gets caught up in some mysteries while she is trying to solve one mystery of her own. This mystery is incredibly personal to her and she may get too caught up in it.

Gonzalo plays the salon owner, Ali Bowden. She is so good at pleasing her clients and is known for giving the best cut and color in town. At the salon, the locals also get a chance to catch up on the latest gossip. Why else would they go to a salon? Of course, they get all caught up in the beauty pageant gossip and that is when Ali learns that her sister wants to compete in it. 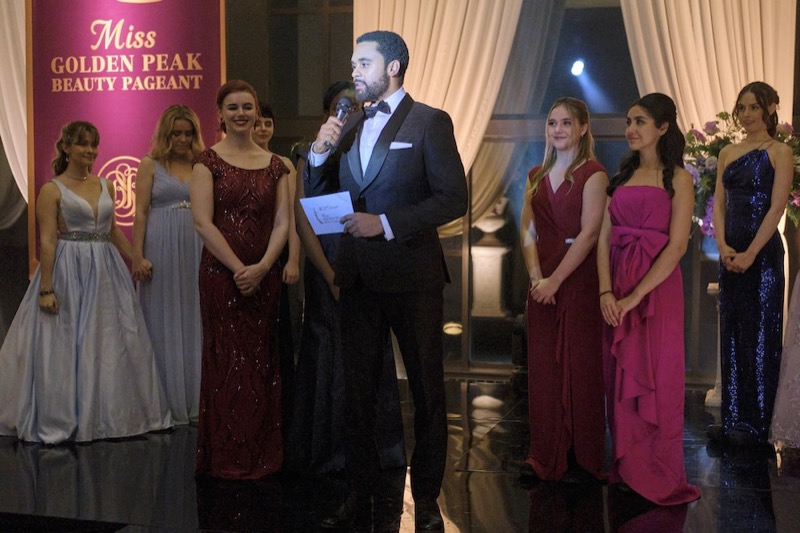 The beauty pageant takes a turn when the creator is found dead. Now everyone in this small town is a suspect. The gossip at the salon leads the new detective to get an idea of who is behind this murder. Ali gets very close to solving the mystery on her own and she also begins to learn a lot about everyone in town.

You may recognize McPartlin from the television show, Chuck. He has also started Living With Fran. Gonzalo has been in many Hallmark Channel movies including Flip That Romance, Jingle Bell Bride, and Falling for Vermont. She was also in the reboot of Dallas and Eli Stone. The premiere of Cut, Color, Murder will air on Saturday, February 12 at 8 p.m. EST. It will also play for a week on the channel.

The Bold And The Beautiful (B&B) Spoilers: Betty White Put Adrienne Under the Table