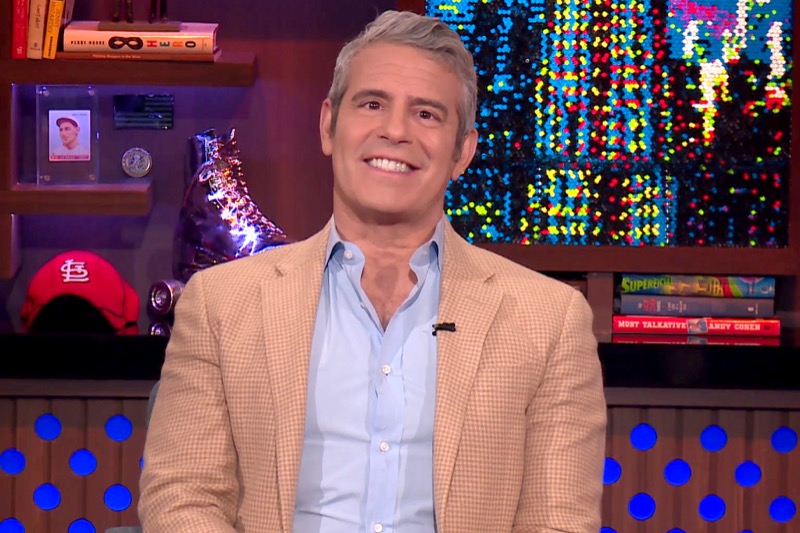 Andy Cohen fell instantly in love with his son Benjamin Allen when he arrived on the planet three years ago. Well, this year he enjoyed a special birthday and it coincided with his dad getting his own star on the Walk Of Fame. Bravo fans absolutely adore the little boy, and they took to Instagram to comment on the super-cute photos.

Bravo fans often say nice things to the Watch What Happens Live host because he seems like a nice dad. Little Ben often features in his social media posts, and each day he seems to grow cuter. So, fans love the way he’s raised and loved. Those people fortunate enough to watch the event when Andy got his star on The Walk Of Fame saw Ben wave at them. Others are not so fortunate. After all, Andy’s fans come from around the world. So, they rely on Andy for information about his son.

This week, Andy Cohen dumped a whole bunch of photos on Instagram. Although it was his special day, he talked about Ben’s birthday. Well, fans saw in the videos and photos that Ben rocked some khaki pants, a red and blue flannel shirt and, a navy blue puffer vest. Meanwhile, his trendy brown shoes were shut with velcro. Certainly, the little guy seems to rock his style with confidence. And of course, his huge smile made Bravo fans feel happy.

Andy Cohen Fans Rave About Ben On His Birthday

Andy posted up his clips and photos on Friday, February 4. In his caption, he said, “Ben had the best 3rd birthday ever!!! ♥️♥️♥️♥️ 🍰.” Well, other famous folks commented on the photos and one of them was Kelly Ripa.  The Live With Kelly And Ryan star said, “Happy birthday Ben! What a party! 🎂🎉♥️⭐️.” Meanwhile, John Mayer who featured in a photo with Ben wrote, “A really really special and joyous day.”

Many fans of Andy Cohen can’t get over how much Ben looks like his grandfather. Of course, many Bravo fans sent in their best wishes for the little guy. One follower wrote, “Omg Andy!! So precious! Happy birthday buddy!” Naturally, lots of people like the photo of John Mayer as well. Another fan commented, “He’s ADORABLE & so is John Mayer.”

Some folks suggested that John might make a great “other daddy” for little Ben. Then, someone who adored the photos wrote, “Ben’s style is something to be cataloged!!!”

In just four hours, literally, thousands of likes went in on the post even though Andy posted it quite late at night.

Be sure to catch up on everything happening with Andy Cohen and his son Ben right now. Come back here often for more Bravo spoilers, news, and updates.

The Bold And The Beautiful (B&B) Spoilers: Betty White Put Adrienne Under the Table